Johri, appointed in 2016, reportedly decided to step down after the Supreme Court-appointed Committee of Administrators (CoA) exited in October last year. The first-ever Chief Executive Officer of the BCCI, Rahul Johri has resigned from his post, but apparently. neither him nor the board is willing to confirm the development, a report in Sunday’s Times of India claims. Johri, appointed in 2016, reportedly decided to step down after the Supreme Court-appointed Committee of Administrators (CoA) exited in October last year.

As per sources, Johri had put in his papers “some time ago” but is yet to inform the public.

“He quit some time ago. We have no idea what his plans are in the near future. We don’t even know who all he had marked his email to or if he’s given it in writing to the office-bearers. But it’s certain that he has submitted his resignation,” sources told TOI.

The daily tried to reach out to BCCI president Sourav Ganguly, secretary Jay Shah and treasurer Arun Dhumal but no one was available for any comment. They did get a hold of Johri, but he too had “nothing to say”.

With a new set of elected office-bearers including former India captain Ganguly taking over as the President of the BCCI, the Vinod Rai-led CoA’s tenure at the helm of affairs of the board reached its formal conclusion, marking the end of a 33-month long run.

Johri was appointed during the reigns of Shashank Manohar as president and Anurag Thakur as secretary. Since assuming the position of BCCI CEO on June 1, 2016, Johri has been responsible for functioning of operations, stakeholder management and building strategies for further promoting the sport.

Under Johri, cricket broadcasting took a giant step forward as he orchestrated the sale of IPL broadcast rights going to Star India for Rs. 16,348 crore, doubling the previous broadcast rights sale to Sony India in 2012 for Rs. 8,200 crore. The media rights for BCCI and IPL were awarded to Star in 2017. 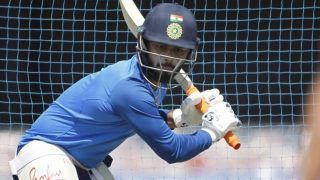