Rahul Sanghvi holds a role with Mumbai Indians team, while also having a position with the Delhi U-23 team.

New Delhi: Former India spinner Rahul Sanghvi‘s dual roles in IPL and DDCA is a violation of Conflict of Interest rules, BCCI Ombudsman A P Shah has stated. Responding to application made by former India cricketer Kirti Azad, Shah issued an order stating that Sanghvi cannot perform his existing role at IPL franchise Mumbai Indians while being a DDCA Under-23 selector. “In the present case, the Ombudsman notes that Mr Sanghvi appears to have a long-term appointment with the IPL team, Mumbai Indians. In the circumstances, Mr Sanghvi’s simultaneous role as selector for DDCA (an affiliated unit) would be in violation of the conflict of interest rules,” Shah stated in the order. ALSO READ: SC mulls allowing BCCI to refer few issues with Lodha panel

“However, the season for the DDCA is nearly over and it does not make practical sense to conclude the contract at this stage. In future, however, it is recommended that where a retired cricketer has an annual or long-term contract already in place, with an IPL team or an affiliated unit or the BCCI, a second contract with any of the other entities may not be entered into, in keeping with the views expressed by the BCCI,” Shah said.

Shah also decided on Azad’s another conflict of interest application against Vijay Dahiya, who was the coach of Delhi Ranji team in the recently-concluded season while running a cricket academy at the St Stephen’s College named after him.

“The Ombudsman concludes that the Vijay Dahiya Academy, operating from the grounds of St Stephens’ College, is apparently run by Mr Dahiya’s near relatives, and not Mr Dahiya himself.

“However, since the academy is named after Mr Dahiya, and it is run by his near relatives, and there are advertisements for the academy in Mr Dahiya’s name, it appears that the retired cricketer is closely associated with the academy.

While nothing can be done if a name has already been adopted by a cricket academy, hereafter, if such an academy is named after a cricketer, and is run by a near relative of that cricketer, it may be presumed that it is run by that cricketer,” Shah said.

“In the light of the circumstances in the present case, the Ombudsman recommends that Mr Dahiya should provide an undertaking to the affiliated unit or the BCCI (whichever entity engages him) that his name will not appear in advertisements, in any form (print or electronic) as a coach of the Vijay Dahiya Academy.” In the order, Shah also rued the state of affairs in the DDCA.

“The Ombudsman notes that as per Mr Dahiya’s submissions, coaches, trainers, managers and other staff of the BCCI’s affiliated units, and in particular the DDCA, are not being paid regularly. Mr Dahiya claims that payments have not been made or have been excessively delayed for the past 4-5 years. This is a deplorable state of affairs, and the BCCI must look into it urgently.” 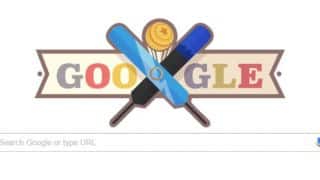