New Delhi, June 16: The Board Of Control For Cricket in India (BCCI) recently announced the squad for the Ireland series. The selectors picked a young squad for the series given that most of the regular players will be busy preparing for the important England tour. Rahul Tripathi, who was mighty impressive for Sunrisers Hyderabad (SRH) in the recently concluded IPL 2022, also received his maiden India call-up.

However, there was no place for all-rounder Rahul Tewatia, who was also sensational in the T20 extravaganza and played a pivotal role in Gujarat Titans’ title-winning run in IPL 2022. Tewatia scored 217 runs in 16 games at a strike rate of 147.62 and helped Gujarat win many last over thrillers.

Expecting an India call-up after a staggering show in IPL, Tewatia was heartbroken when he didn’t find his name in the squad for the Ireland series. The all-rounder took to Twitter and expressed his disappointment with an emotional tweet.

Along with Tripathi, wicketkeeper-batter Sanju Samson has also been recalled to the Indian team. The fans were extremely upset when the selectors sidelined Samson for the T20I series against South Africa. However, he has got his opportunity now which he will have to make the most of.

Hardik Pandya will lead the side while Bhuvneshwar Kumar will be his deputy. Umran Malik and Arshdeep Singh have retained their place in the team while Suryakumar Yadav, who missed the South Africa T20Is due to injury, is also back with the team. India will play two T20Is in Ireland on June 26 and 28. 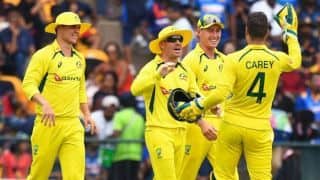