Rajasthan Royals co-owner Raj Kundra on Thursday admitted to have been involved in betting during the Indian Premier League 2013, sources close to the Delhi Police said. The Delhi Police on Wednesday, questioned him for close to 10 hours in the wake of the IPL 2013 spot-fixing and betting controversy involving three players from his team. His passport has also been seized. 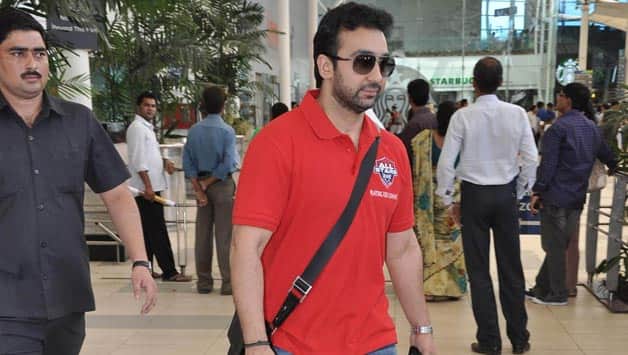 Raj Kundra was questioned by the Delhi Police on Wednesday © IANS

Rajasthan Royals‘ owner Raj Kundra has admitted to indulging in betting and placed bets on his own team, Delhi Police claimed on Thursday as it confiscated his passport to ensure that he does not leave the country during investigations into the Indian Premier League (IPL) spot-fixing scandal.

Kundra, a British national, was questioned for 11 hours on Wednesday after cricketer Sidharth Trivedi told police that Kundra’s business partner-friend Umesh Goenka used to ask for information regarding team formation and pitches.

Delhi Police Commissioner Neeraj Kumar said, “He has admitted to betting. He used to bet on his own team. We have also come to know that he has lost a lot of money in betting.

“He used to bet through Goenka, who is also a bookie,” he said.

Kundra is the second IPL team owner after Chennai Super Kings’ Gurunath Meiyappan who is in the dock for alleged betting. If the charges against the owners are proved, Board of Control for Cricket in India (BCCI) can suspend the teams from the IPL.

Police sources said they have confiscated the passport of Kundra and have asked him not to leave.

To another question, he said police have not applied MCOCA in the case to deny bail to players. “We have applied law based on the crime committed,” he said.

A senior Delhi Police official had on Wednesday refused to specify whether Kundra is a “suspect or complainant”, stating he was an “important person” needed for questioning.

Police sources claimed that Kundra was into betting but not into fixing. Their questioning was basically into betting, sources said.

Sources said the name of Goenka, with whom Kundra owns a company dealing in steel business, came during the recording of statement of Trivedi, a prosecution witness in the case.

In his statement recorded before a magistrate, sources said, Trivedi claimed that Goenka approached him and sought details about the cricket pitch in Western Indian city of Ahmedabad and details about team formations.

Kundra has 42 per cent stake in the steel business with Goenka who has 16 per cent shares in the firm.

Earlier in the day before Kumar’s remarks, Kundra had tweeted, “Good morning woke up to news Raj Kundra faces the heat. Yes it’s very hot in Mumbai. Media has misconstrued everything using unreliable sources. Try speaking to the main guys at crime branch. Why does media hype things and make such stupid claims to sell news.”

“Is there an arrest warrant? I am back home in Mumbai.

His wife and actress Shilpa Shetty tweeted, “get the real story rather than ure PAID (unreliable) sources. Just to reiterate, we will do all it takes to reach to the bottom of this “spot fixing case” and be of complete help till that happens.”

This is the second shocking news coming from the camp of Rajasthan Royals after the arrests of Shantakumaran Sreesanth, Ajit Chandila and Ankeet Chavan for their alleged involvement in spot-fixing during the 2013 edition of the tournament.