Raj Kundra, former co-owner of Rajasthan Royals, had received a life ban from IPL as an outcome of the 2013 match-fixing scandal.

Former Rajasthan Royals (RR) co-owner Raj Kundra claimed that he had gone to the Enforcement Directorate (ED) as witness for the ongoing investigations in the INR 2,000 crores Bitcoin scam. Kundra, husband of Bollywood actress Shilpa Shetty, had appeared before the ED office in Mumbai on Tuesday. According to some media reports, Kundra was reportedly grilled for several hours by the ED investigators.

This is not Kundra’s first brush with law. He had appeared before different authorities when RR cricketers were involved in the 2013 match-fixing scandal. Kundra received a lifetime ban from the Indian Premier League (IPL).

“I was summoned by the ED merely as a witness. An enquiry is underway by the concerned regulatory authorities and I stand committed to extend all my cooperation to the law enforcement agency,” Kundra said, clearing the air on the issue in a statement.

“I am terribly disappointed by the irresponsible reporting carried out by some sections of the media. Clarity on the issue should have been sought before carrying such headlines. The authorities, summoned me merely as a witness, as the accused Amit Bhardwaj happens to be an acquaintance and some introductions were made hence there is a certain protocol being followed by the agencies.”

He added that Bhardwaj was intending to buy a team in his Poker League and had entered into a contract with them for the same: “He was expelled on account of non-payment of fees and I was called as a witness in this connection. While we continuously strive to keep taking steps to improve our reputation, these type of unconfirmed, baseless, reports severely dent our market perception and erode investor sentiments.

“Notwithstanding what has happened, at Viaan Industries, we shall continue to focus on growing our gaming and media vertical. We remain excited about the company’s future and strive to keep adding shareholder value.”

The ED, sometime back, had registered a criminal case under the Prevention of Money Laundering Act (PMLA) against a Bitcoin-based investment website GainBitcoin, its founder Bhardwaj and eight others. The ED had alleged that about 8,000 investors lost around Rs 2,000 crores by transacting in this scheme. The Pune police had later arrested Bhardwaj and his brother Vivek in the case. 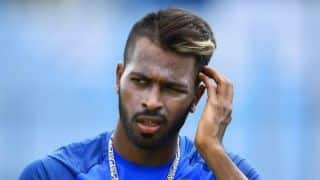 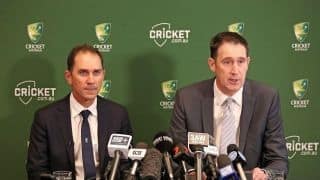