Decision on whether Indian Premier League 2018 matches will be hosted in Jaipur shall also be discussed on Saturday.

There was good for news for cricket all around, after Rajasthan HC approved the return of Rajasthan Cricket Association (RCA). The RCA by a process of voting unanimously accepted Board of Control for Cricket in India s (BCCI) conditions for revocation of the ban on the association. The results of the voting that took place on January 18 were announced by HC on Wednesday. BCCI s conditions were accepted by 31 members, with the secretaries of Alwar and Dungarpur DCAs absent.

According to a report in Times of India, former RCA VP Vivek Vyas said: “The HC has asked the RCA president and secretary to give their undertakings, as demanded by the BCCI, at the earliest. These undertakings will be sent today itself. It is now just a matter of time before the ban is officially revoked.”

Decision on whether Indian Premier League matches will be hosted in Jaipur will also be discussed on Saturday.

Vyas adds, “Technically the ban on the RCA is yet to be revoked, so the court told the BCCI to ask the state government if all the requirements for hosting IPL matches will be made.”

First Published on
Last updated on January 25, 2018 8:28 AM IST
TOPICS:
BCCI Board of Control for Cricket in India RCA Rajasthan Cricket Association 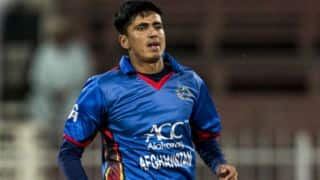