Jaipur: A single judge bench of the Rajasthan High Court today permitted a compromise arrangement and quashed the no confidence motion, thereby ousting Lalit Modi from the office of Rajasthan Cricket Association (RCA) president. An interim compromise was filed in the Court by Lalit Modi and Amin Pathan groups who were waging war to capture post of RCA president. It was agreed by both the groups to hold a fair and transparent no confidence motion against Modi lead executive of RCA that came into power after last elections results in March this year. READ: Lalit Modi faction mulling legal action against ad-hoc body made by BCCI

Approving the terms as agreed by the parties the Bench comprising Justice Bela M Trivedi permitted the fresh no confidence motion to be carried out within four weeks under supervision of Justice Gyan Sudha Mishra, retired Supreme Court judge.

The first meeting for the same would now take place on November 26 as proposed. The no confidence motion would be held in tight security of police and no private bouncers. The Rajasthan Bench in the previous season had appointed selectors and a coordinator ordering the participation of players of state as Team Rajasthan and the cricketers are hoping that court would continue with the same arrangement.

RCA has been in news quite often this year. Earlier in the year, to solve hassles faced by cricketers under the umbrella of the RCA, owing to an impasse with the Board of Control for Cricket in India (BCCI), teams of selection committees have been ratified by the Rajasthan High Court to perform selection duties for the upcoming Indian domestic season for the state’s players. 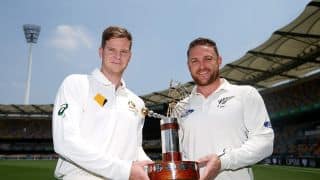