Deadly bowling by seamer Rituraj Singh helped defending champions Rajasthan beat Orissa by an innings and 56 runs in an Elite group A match to almost seal a berth in the knock-out stage of the Ranji Trophy. 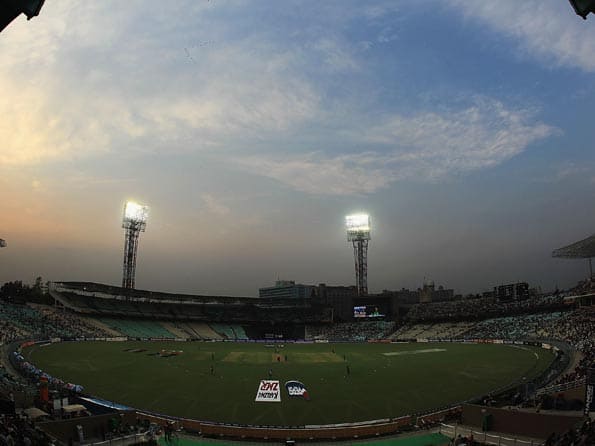 Deadly bowling by seamer Rituraj Singh helped defending champions Rajasthan beat Orissa by an innings and 56 runs in an Elite group A match to almost seal a berth in the knock-out stage of the Ranji Trophy.

Both Rajasthan and Saurashtra finished their group league engagements with 16 points but Hrishikesh Kanitkar and co pipped Saurashtra by a better run quotient.

Rajasthan’s quotient of 0.984 is shade better as compared to Saurashtra’s 0.925.

However, Rajasthan’s only worry would be Uttar Pradesh beating Karnataka outright, which is a difficult proposition in the current context of the match.

Punjab, meanwhile, are virtually out of contention as they in all probability would settle with one point against Mumbai.

Karnataka and Mumbai from Group A are already through to the next round, leaving room for just one more team from the pool to advance.

On the day, Orissa, who are already relegated to plate division, came up with an poor batting display as they lost 14 wickets to succumb to a humiliating defeat with a day to spare here at the Sawai Man Singh Stadium.

Resuming at an overnight total of 76 for six, Orissa were forced to follow-on after being bundled out for a partly 134 in reply to Rajasthan’s first innings total of 423.

Following on, Orissa folded for 233 in their second essay to go down miserably.

Rajasthan’s Sumit Mathur (5/30) wreaked havoc in Orissa’s first innings, while Pankaj Singh (3 for 39) and Aniket Chaudhary (1 for 27) also chipped in with wickets.

G B Podder (52 not out) was the lone man who battled it out in the middle for a while but failed to find any support at the other end.

A better show was expected from the visitors after being forced to follow on but the Rajasthan bowlers led by youngster Rituraj Singh proved too good to handle.

Biplab Samantray (82) and S D Sahoo (55) tried on put up some resistance but Orissa kept losing wickets at regular intervals.

Man-of-the-match Rituraj and Pankaj Singh (2/49) extracted maximum out of the lively wickets, while Robin Bisht (1/8) came good with the ball too.

Last man Bikas Pati did not bat in both the innings as he was injured and the visitors remained stranded at 233 for 9 in their second innings to succumb to a heavy defeat.(PTI)

Misbah-ul-Haq confident ahead of England series