South Africa cricketer JP Duminy has been roped in by Rajshahi Kings for the upcoming edition of Bangladesh Premier League.

South Africa cricketer JP Duminy has been roped in by Rajshahi Kings for the upcoming edition of Bangladesh Premier League (BPL).

“Rajshahi Kings are proud to announce that South African all-rounder JP Duminy is a King now,” the franchise posted on their Facebook page while announcing the signing.

“Duminy: an elegant left handed batsman, a useful spinner and a sharp fielder, has served South Africa for more than 14 years. He has a vast experience in franchise cricket and already led PSL team Islamabad United to their second title in 2018,” the post added.

Duminy recently announced his retirement from ODI cricket following the conclusion of World Cup 2019 in England and Wales.

The 35-year-old, who announced his retirement from domestic cricket earlier this year, had expressed his desire to continue playing T20 cricket for South Africa and also participate in leagues around the world.

Duminy, who will be playing for the first time in BPL, has played in IPL and PSL as well. 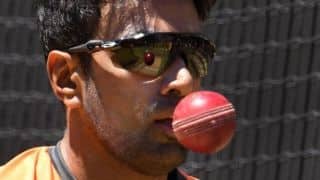