On Sunday, November 9, Bosman Puren from Potchefstroom managed to achieve the same.

The student, after earning his share of the grand prize money, said that he would go an a December holiday in Stilbaai with his friends and the rest he would put into savings, as he is still too young to be sure how he would spend it.

Van der Merwe said that he heard about the competition from his parents and decided that his friends and he would attend as many games as possible so that they could stand a chance at winning a share in the money. He added that it seems to have paid off but they are not stopping, Sport24 reported.

Van der Merwe intends on attending further games. This year sponsoring partners of the Ram Slam T20 Challenge, Ram Hand to Hand Couriers took a decision to award one million Rands to an attendee over 18 years of age, who catches a six with one hand during a televised match.

On Sunday, November 9, Bosman Puren from Potchefstroom managed to achieve the same during the match between the Knights and the Highveld Lions. 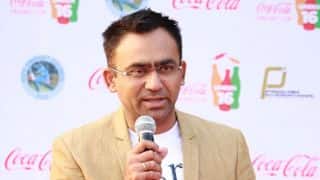