Rameez Raja believes the upcoming World XI tour to Pakistan will surely help in revival of international cricket in the country.

Dubai: Former skipper and renowned commentator Rameez Raja believes the upcoming World XI tour to Pakistan will surely help in revival of international cricket in the country. World XI and Pakistan are slated to play the three-match T20 Independence Cup. The first two T20Is will be played on September 12 and 13, and the final game will be played on September 15 at the Gaddafi Stadium. “So, when a World XI is announced to tour Pakistan, it is just not a cricket tour. Given the circumstances it, can never be just that. It signifies that the cricketing fraternity will not let Pakistan be left behind,” Raja wrote in a column for the International Cricket Council (ICC). FULL CRICKET SCORECARD: Pakistan vs ICC World XI 2017, 1st T20I at Lahore

Raja said that Pakistan are determined to ride through all the storms and get back world cricket back home despite not playing at home in front of passionate fans and having no idols to watch live at home for youngsters. “Pakistan made a strong case for bringing world cricket back home by playing impressively out of home. Wins in the UAE, rising to No.1 in Tests, two successful editions of the PSL, and a frustrating-to-a-magical run at the ICC Champions Trophy – take a bow Pakistan!” he said. PAK vs ICC WXI 2017: Hasan Ali targets Hashim Amla

“Without playing at home in front of passionate fans, no idols to watch live at home for youngsters, lack of lucrative sponsorships and players battling their own mental demons- Pakistan was determined to ride through all these storms and more and see through the resolve of getting cricket back home. The efforts paid off,” the former captain added. Raja further pointed out that Zimbabwe’s tour to Pakistan in 2015 and the successful hosting of Pakistan Super League (PSL) final this year at the Gaddafi Stadium in Lahore were signs that cricket is resuming in the country again.

“The tour by the Zimbabwe team in 2015 and the successful final of the PSL this year at Lahore were fledgling signs that the cricketing world was opening up to Pakistan again. The PSL exposed the international fraternity to the frustration and helplessness of the Pak players, especially the young apprentices, who were being wronged by a situation which was neither of their choice nor their making,” he added. The World XI includes five players from South Africa, three from Australia, two from the Windies, and one each from Bangladesh, England, New Zealand and Sri Lanka. 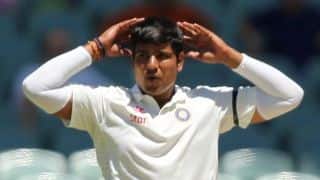 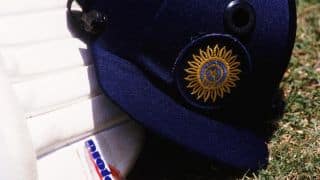