Scotland beat UAE by 90 runs in Playoff 3, but the catch taken by Shahzad in the deep will be remembered by fans for a long time, such was the catch.

In cricket, it is often said ‘catches win matches’, UAE cricketer Rameez Shahzad’s one-handed catch during the ICC T20 World Cup Qualifier may not have won them the match but it reminded fans of Ben Stokes‘ breathtaking one-handed catch during the 50-over World Cup on Tuesday. Scotland beat UAE by 90 runs in Playoff 3, but the catch taken by Shahzad in the deep will be remembered by fans for a long time, such was the catch.

Opting to bat first after winning the toss, Scotland got off to the ideal start. They were 109 for one in the 14th over, when George Munsey, batting on 65 decided to take on Ahmed Raza. Munsey hit the ball hard and for the most part of it, it seemed the ball would clear the ropes, but that was not to be as Rameez Shahzad went off-the-ground and in-the-air to pull off one of the best catches of recent times. It was an acrobatic catch and it reminded ICC of the spectacular catch Ben Stokes took during the World Cup against South Africa to send Andile Phekluwayo packing.

Here are both the catches in the video posted by ICC:

? @nassercricket: “NOOO WAY, YOU CANNOT DO THAT!”

Chasing a mammoth 199 to win, UAE could only muster 108 in 18.3 overs as they were bundled out by Scotland. Shahzad was the top-scorer for UAE with 34 off 28 balls. Safiyaan Sharif and Mark Watt scalped three wickets apiece and were the pick of the bowlers.

Meanwhile, thanks to a brilliant Qualifiers tournament, Namibia has already made the cut for the ICC T20 World Cup which will take place in Australia, next year. 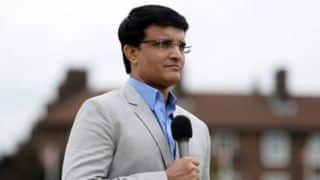 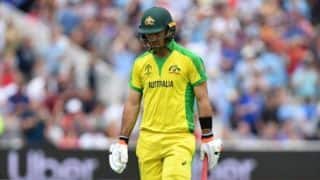