Sarwan’s last appearance for West Indies in international cricket was in 2013.

Leicestershire  have already signed Jigar Naik, Rob Taylor, Tom Wells, Rob Sayer, Ben Raine, James Sykes and Lewis Hill for the next season. Left-arm fast bowler Atif Sheikh who played the practice game against the tour​ing Indians at Leicester has also agreed a deal, but Sarwan’s deal, which will end in 2014,​ is yet to be renewed.

“It has been a bit frustrating for everybody that Ronnie has had that back injury and that has led to him not being on the field as often as we would have liked him to have been. I think that has also affected the performances he has put in when he has been on the field so those are discussions that we are having,” said Whitticase. 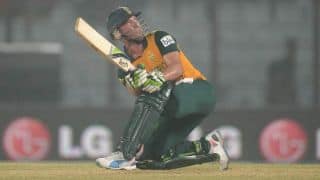 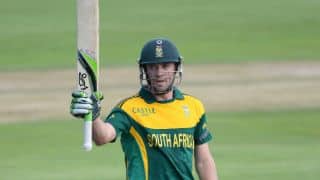