Rangana Herath has been the backbone of Sri Lanka’s spin bowling after the retirement of Muttiah Muralitharan  from International Cricket. Rangana currently has 298 wickets under his belt going into the England-Sri Lanka test series this summer. Herath with the wicket of Alex Hales on day 2 of the first Test match between Sri Lanka and England, went past Derek Underwood’s record for most wickets in Test Cricket by a left-arm spinner. Herath at time of this news had match figures of 1 for 21 in 8 overs. England batting first are 225 for 6 in 73.1 overs on Day 2 at Leeds. Herath is now the second highest left-arm wicket taker just below former New Zealand skipper Daniel Vettori (362).  LIVE CRICKET SCORECARD: England  vs  Sri Lanka First Test at Headingley, Leeds: Live Cricket Score

Herath was the only impressive bowler in their practice match against Leicestershire, taking two wickets at an economy rate of 1.63. Not only he stopped the flow of runs but created pressure on the batsman to trick the batsman into making a mistake. He also had an adventure with the bat, scoring a fifty when Sri Lankan middle had a crisis situation against the home team. He scored 55 runs, sharing a 174 run stand for eighth wicket with Dasun Shanaka.

Rangana is the only spin bowler who has managed to play for Sri Lanka regularly, cementing his berth in the side.  He has taken 297 wickets in 67 matches in a career span of 16 years which is quite similar to that of Derek Underwood. He has a crucial role to play in this tournament as England batsmen tend to struggle against spin bowling.

He is the senior most bowler in the Sri Lankan side and has the weight of guiding the youngsters to take wickets on overseas pitches. With the retirement of Sri Lanaka’s legends Kumar Sangakkara, Mahela Jayawardene and injured Lasith Malinga. Sri Lanka are now in  a rebuilding face after a humiliating T20 Asia Cup and T20 World Cup. They will be seeing this series as an opportunity to regroup and give some exposure to the youngsters and future of Sri Lankan Cricket. 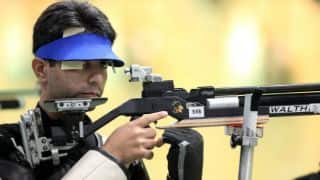