His numbers in first-class are even more staggering, picking 366 wickets from 94 matches with an economy of 2.18.

Rangy Nanan (May 29 1953 – March 23 2016) graced Trinidad & Tobago cricket for almost two decades with his wily off-spin. He was eclipsed by the West Indian off-spin master Lance Gibbs and could never find a permanent place in the squad due to Clive Lloyd’s merciless pacers. There was no spot for a second spinner when the West Indies fast bowling took the cricketing world by storm. And it, somehow, reflected on Nanan’s exclusion as well. Who knows, he would have been in the top wicket-takers’ column had he been more fortunate. Nanan played his only Test match in 1980 versus Pakistan in Faisalabad and scalped four wickets, with an average of 22.75. Till date, Nanan is remembered for the two catches he took in the same match.

Nanan captained Trinidad & Tobago from 1984-91 and was one of the remarkable bowlers in 1981-82 season of Shell Shield, bagging 32 wickets in only five matches. Moreover, he was leading wicket-taker when he retired from first-class cricket. His numbers in first-class are even more staggering, picking 366 wickets from 94 matches with an economy of 2.18. Yes, you read it right! An economy of 2.18, when West Indies had more emerging batsmen when they were in their heydays, is the highlight of his career. And you can only achieve this feat if you are right on the money with line and length; Nanan’s accuracy was unmatched. Also read: Rangy Nanan: The only Test cricketer with a palindromic surname

Spinning the ball was not just the only thing Nanan had mastered. He was efficient with the bat as well. He bagged 2,607 runs at an average of 20.85, as well as scored a hundred.

Nanan was not happy with not getting another chance. He later told in an interview with Vaneisa Baksh for ESPNCricinfo: “Nobody (West Indian spinners contemporary of Nanan) got a long run, to play Test after Test. Captains of West Indies teams didn’t really know how to set fields for spinners. Cricket is a game of angles, and you had to think differently for spinners…If Shane Warne was living in the West Indies nobody would have heard of him. It took 15 Tests before he made any breakthrough.”

Nanan suffered his first attack 5 years and was bed-ridden since. Unfortunately, he could not survive the second heart attack and bid a goodbye to the cricketing world. Also read: Rangy Nanan, West Indian off-spinner, passes away at 62

It was our misfortunate that we did not get to witness Nanan’s off-spin bowling in the international arena. He was an untold story for the cricket fans across the globe. However, West Indies cricket shall be thankful for his services, as he beautified their first-class cricket for close to two decades. 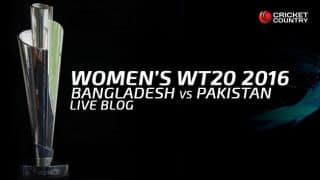 Video: When Virat Kohli appeals to the crowd to cheer for India instead of him