Saurashtra on Thursday entered into semi-final of Ranji Trophy on virtue of their first innings lead over rival Karnataka. 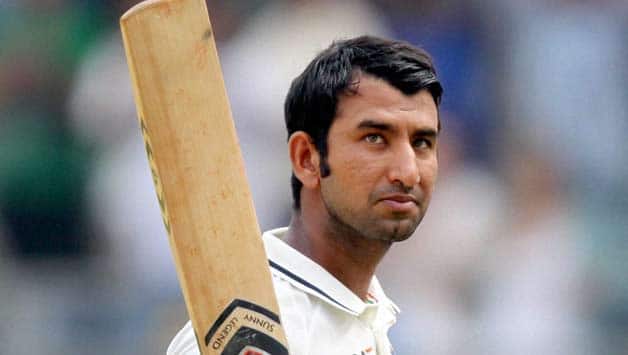 Saurashtra on Thursday entered into semi-final of Ranji Trophy on virtue of their first innings lead over rival Karnataka.

Saurashtra had scored 469 and then restricted Karnataka on 396. In the second essay, resuming their overnight 463 for three, Saurashtra ended the day with amassing 718 runs losing nine wickets.

Cheteshwar Pujara, who was batting on 261 yesterday continued dominating the visitors with the bat and made his second triple century of the career.

His 352 runs was the only highlight of the day.

Pujara started the day in watchful manner and he might be eyeing to reach four hundred runs mark but his 344-minuets-stay at the crease ended with Gowtham’s delivery hitting the stumps. Pujara hit 49 fours and a six and added 343 runs for the fourth wicket with Sheldon Jackson who also cracked 117 with thirteen fours and a six.

Kamlesh Makwana was batting on 65 when both the captains agreed to call off the match.

Off spinner Gowtham was the pick of the bowlers for Karnataka taking four wickets conceding 206 runs while KP Appanna and Amit Varma grabbed two wickets each giving away 178 and 112 runs, respectively.

Saurashtra is now scheduled to play against Punjab.

England will have to play out of their skin to beat India, feels Alastair Cook