Skipper Rohan Prem struck an unbeaten century to guide Kerala to 275 for five against Tripura in their Group C Ranji Trophy match at Agartala on Saturday. 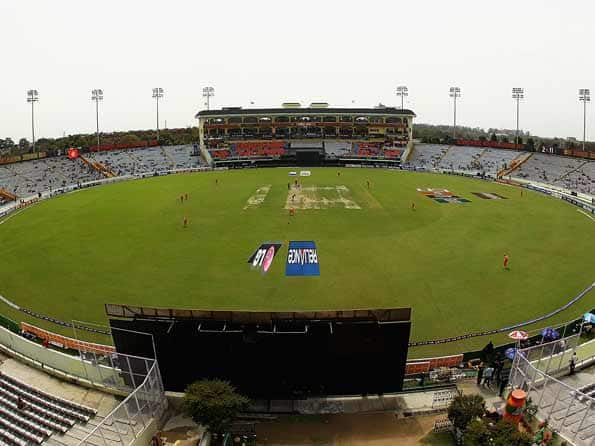 Skipper Rohan Prem struck an unbeaten century to guide Kerala to 275 for five against Tripura in their Group C Ranji Trophy match at Agartala on Saturday.

Prem was batting on 105 off 213 balls when stumps were drawn on the first day at Maharaja Bir Bikram College Stadium.

Even as pacer Timir Chandra finished with three wickets for Tripura, the visitors’ rode on some fine contributions from the top-order batsmen.

Abhishek Hegde (36) and VA Jagadeesh (30) added 72 runs for the opening wicket before the latter was trapped leg before by Sanjay Majumder. Hegde too departed in quick succession as Kerala reached 94 for two in 24.3 overs.

Prem and Robert Fernandez (25) then shared a 57-run stand for the third wicket to take the team past 150 mark.

After the fall of Fernandez, Kerala lost Sachin Baby for nought as the hosts tried to force their way back into the match.

Next man-in, Pallam Anfal (34) combined well with his skipper and stitched a vital 110-run partnership for the fifth wicket. Anfal was caught by Abhijit Dey off Manisankar Murasingh.

Prem held on to his wicket at one end and played a vigilant knock laced with 12 fours.

Akshay Kodoth was giving Prem company on 10 at stumps.