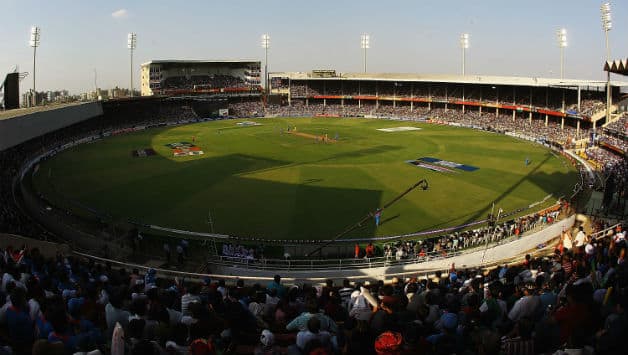 Rajasthan had taken a first innings lead of 123 runs after posting 379 in response to Madhya Pradesh’s 256.

The visitors declared their second essay at 466 for six and then reduced the hosts to 88 for four by stumps on the fourth and final day.

Resuming their second innings at an overnight score of 200 for one, Madhya Pradesh saw their second wicket fall in the seventh over of the day when SD Choudhary was dismissed at 34 after adding just one more run today.

Naman Ojha, who was unbeaten at 102 yesterday, was the next to go when he was sent packing by Rituraj Singh after being caught by Vineet Saxena.

Saxena hit nine fours and two sixes, while Khan had 10 fours in his 104-ball innings.

Rajasthan then scored 88 for four by stumps with Robin Bisht and Rituraj Singh unbeaten on 37 and giving him company was P R Yadav on 4.