An actor named Jeet was sitting in the Bengal dug-out during the final few overs on Sunday.

An actor named Jeet, who is a popular Bengali film hero, was sitting in the Bengal dug-out during the final few overs of the match and as soon as the game finished, he rushed onto the field to congratulate the players.

Jeet is known to be a close friend of Bengal captain Laxmi Ratan Shukla. But no one in the media had any clue as to why the actor was allowed to sit in the post-match media conference where senior players Ashok Dinda and Wriddhiman Saha had come to address the scribes.

The official from BCCI ACSU had taken a note of the incident. According to that official, entering the ground after the match is over is not a “breach of protocol” but the dressing room and player’s area needs to be sanitised during the course of the match.

“The ICC guidelines say that the dressing room and playing arena is “sanitised” from the first ball to the last ball, that’s the norm. But since it’s the home team’s dressing room and the property belongs to them, they can allow anyone they want to.

“Nonetheless, I’ve taken a note of the incident which will be reported to the BCCI,” the ACSU official told PTI.

The Bengal camp overdid their celebration part as the team’s dressing room became an “Open to all” zone as players didn’t even get their required privacy after the match. Such was the excitement that the sanctity of dressing room was forgotten. 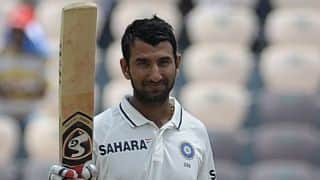