Lokesh Rahul and Ganesh Sathish’s fifties have put Karnataka in a commanding position in their Ranji Trophy 2013-14 final against Maharashtra at Hyderabad. At tea, Karnataka are 126 for no loss. Earlier in the day, Maharashtra were bowled out for 305 after starting on 272 for five.

The Karnataka batsmen haven’t had any problems in the centre and are playing building the advantage.

Karnataka started the afternoon session at 43 for no loss. Robin Uthappa retired hurt in the morning session as Samad Fallah hit his elbow. But, since then Sathish and Rahul have taken control of the proceedings.

While Sathish has been the more attacking batsman, Rahul impressed with his solid technique and balance at the crease. Sathish  was taking his chances, at times targeting the gap between point and gully. In the first session, Maharashtra had dropped a few chances and that has come to hurt them in the afternoon session as both batsmen have shown no signs of being in any trouble.

Rahul’s driving was fantastic. The technically correct batsman held firm and drove through the off-side with authority. Sathish reached his fifty first as he first cut Akshay Darekar behind point for two and then smashed him off the backfoot through the off-side for four.

Rahul also showed  that he could sweep when he paddled Darekar around the corner to take four and move closer to his half-century.

Maharashtra are relying on Darekar as the pitch is expected to crack and being the only specialist spinner, there is a lot of responsibility on him. However, he was struck on the hand and had to leave the field. Chirag Khurana completed the over and then had to bowl a few more.

With the pacers not getting any help from the surface, Darekar is the key and Maharashtra would hope he comes to bowl soon. 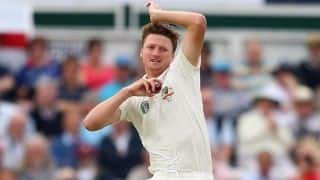 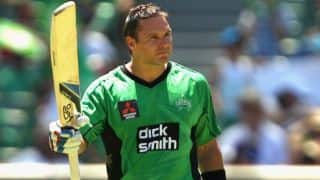