Ganesh Sathish’s sparkling hundred backed by Lokesh Rahul’s support has helped Karnataka take total control of the Ranji Trophy 2013-14 final against Maharashtra at the Rajiv Gandhi International Stadium, Hyderabad. After Karnataka’s seamers combined to bowl Maharashtra out for 305, Sathish and Rahul built on that momentum and pushed Maharashtra to the brink. It would now require a special effort from Maharashtra to come back into the game. Karnataka are on 230 for no loss at stumps on Day Two.

The day began even-stevens as Maharashtra were 272 for five overnight. Ankit Bawne, unbeaten on 89, was at the centre of all the attention, but he was bowled off the first ball he faced in the day. Abhimanyu Mithun got that to move into him and it crashed into the stumps before Bawne could get his bat down in time.

Karnataka kept strangling Maharashtra as wickets fell one after the other. Sangram Atitkar got to his fifty, but was dismissed soon after. In the end, they could only muster 33 more to their overnight score and were bundled out for 305. In the press conference after Day One, Sreenath Aravind had said that they were trying to restrict Maharashtra to 320 to 350, but their ultimate effort was much better.

The openers, Rahul and Robin Uthappa began with positive intent. Maharashtra’s fielding went awry from the beginning. Harshad Khadiwale grassed a tough chance to his right at gully, and Rahul was reprieved even before he could open his account.

Uthappa essayed a couple of crunchy drives off the backfoot for four, but then Samad Fallah hit him on the elbow in the fourth over. That brought Sathish to the centre and he was given an early life when Rohit Motwani failed to latch on to an edge that flew to his right. It was a reasonable chance for a wicketkeeper, but that tells you the story of Maharashtra’s woes on the day.

Rahul was given another reprieve as Anupam Sanklecha failed to take a return catch. Despite those easy nerves, they settled in and then gradually upped the ante. Sathish did majority of the scoring and sped away to his milestones before Rahul.

It was Rahul’s cover-driving that was impressive. He leaned into those overpitched deliveries well and carpeted them along the ground to the boundary. Sathish also started attacking the spinners and reached his fifty by smashing through the off-side for four.

In the evening session, they simply switched gears and attacked. Both Sathish and Rahul were more proactive to the spinners and charged to them. While Sathish smashed two boundaries in an over, Rahul managed to hit the first six of the game, soaring high over long-on.

With the pitch not offering any assistance to the fast-bowlers, Maharashtra had to rely on Akshay Darekar as the pitch is expected to crack and help the spinner. However, it only got worse for Maharashtra as he hurt his hand and had to leave the field a few times. It meant that Motwani had to dabble with other options in Atitkar and Chirag Khurana.

As Sathish neared his ton, the whole Karnataka team assembled near the boundary. He cut Atitkar behind point to get to his milestone and celebrate his sixth First-Class ton. It was an expression of relief as he did not play the semi-final and came into the mix for the all important game. The resounding cheers from the dressing room showed how important it was for the team.

As the day ended, Rahul moved into the 90s and would have to wait for his ton for some time. 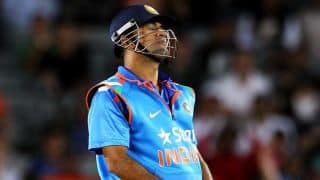 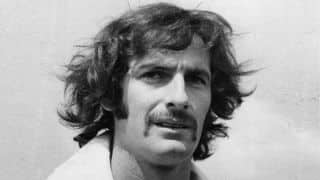