Karnataka have seized control of the Ranji Trophy 2013-14 final against Maharashtra at Hyderabad. Ganesh Sathish is nearing his sixth First-Class century and Lokesh Rahul is batting on 74 as Karnataka are edging towards Maharashtra’s total. They haven’t lost a wicket yet, although Robin Uthappa was retired hurt in the morning session.

Starting the evening session at 126 for no loss, Rahul and Sathish started attacking a lot more. With the spinners on, they were proactive with their footwork and did not shy away from smashing it over the top. Sathish hit two boundaries through the leg-side in one over, whereas, Rahul essayed the first six of the game when he smashed one into the stands at long-on.

Maharashtra saw Akshay Darekar, their prime left-arm spinner, hurt his hand and leave the field. Which is why, they had to turn to options such as Chirag Khurana and Sangram Atitkar. The pitch had now dried out and one can see that it is quite easy after the morning session.

It is Maharashtra’s fielding that has disappointed on the day. Earlier, they had already let go a few chances and then Atitkar dropped a fairly easy catch at mid-wicket when Sathish was on 89. He juggled with it a few times, but could not hold on.

Rahul then spooned a catch back to Anupam Sanklecha in his follow through, when on 74, but the bowler couldn’t hold on. 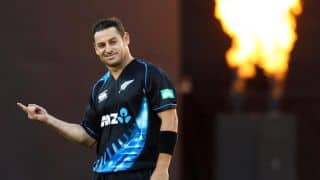 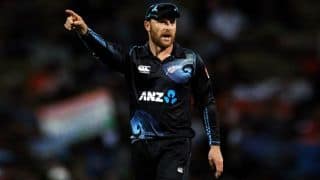