Debutant Mayank Agarwal cracked an unbeaten half-century to lead Karnataka's fightback against Jharkhand as the hosts ended day two at a solid 123 for one in a Group A Ranji Trophy match in Mysore on Friday. 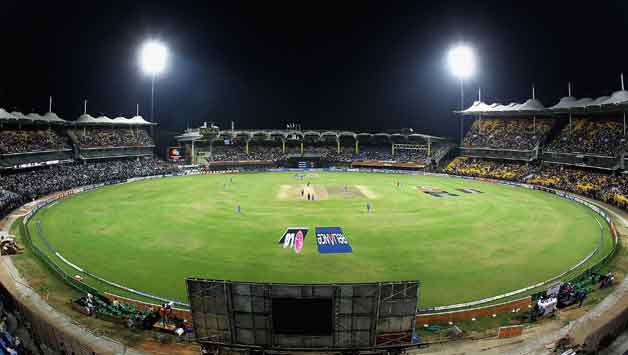 Debutant Mayank Agarwal cracked an unbeaten half-century to lead Karnataka‘s fightback against Jharkhand as the hosts ended day two at a solid 123 for one in a Group A Ranji Trophy match in Mysore on Friday.

Agarwal (63) and Kunal Kapoor (27) have added 62 runs in their second-wicket partnership so far as the hosts came up with a strong reply after Jharkhand scored 364.

Karnataka bowlers failed to polish off Jharkhand’s lower middle-order and the visitors rode on superb half-centuries by Saurabh Tiwary (77) and Shahbaz Nadeem (85) to score a very competitive 364.

While Agarwal hammered eight fours and a six in his 93-ball knock, Kapoor was content playing second fiddle to the opener and has helped himself with two boundaries in his 52-ball innings.

Agarwal had a good partnership with Lokesh Rahul as well.

The duo added 61 runs with Rahul scoring 33 off 47 balls with six boundaries.

Resuming the second day’s play at 214 for five, Jharkhand soon were 231 for six as Stuart Binny had Sunny Gupta (8) caught behind.

However, Nadeem and Tiwary turned it around amazingly for the visitors with their 78-run seventh wicket stand.

Sreenath Arvind broke the stand by trapping Tiwary, who tormented the bowlers with six fours and two sixes.

Arvind, who was the second-highest wicket-taker for Karnataka with 26 scalps in 2010-2011 domestic season, finished with figures of four for 60 runs.

Left-arm spinner KP Apanna also took four wicket the expense of 75 runs while Mithun and Binny bagged one wicket each.