Jiwanjot Singh and Uday Kaul notched up a double hundred and century respectively but Punjab had little else to cheer as they had to settle with just one point after their Ranji Trophy Group A match against Vidarbha ended in a draw.

Vidarbha took three important points due to a first-innings lead. Vidarbha had scored 360 all out in their first innings, in reply to Punjab’s 184 all out.

Jiwanjot, on 188 overnight, was out for exactly 200, having struck 25 fours, while Uday made 133 on the fourth and final day at the PCA Stadium here.

Punjab eventually declared their second innings at 469 for 5, having batted for 24 overs on the fourth day to add 139 to their overnight 330 for 1.

That left Vidarbha 294 to get for their second win of the season, but those hopes received a quick blow when Punjab struck twice early.

Sandeep Sharma trapped Faiz Fazal for a duck in the first over before Siddarth Kaul dismissed Ravi Jangid for 10 to leave the visitors at 46 for 2.

But Akshay Kolhar and the captain Shalabh Shrivastava shut the door on Punjab, putting up 140 for the third wicket in 39 overs.

Kolhar faced 154 balls to score 91. Shrivastava was batting on 60 having struck five fours, before the game fizzled out into an inevitable stalemate. 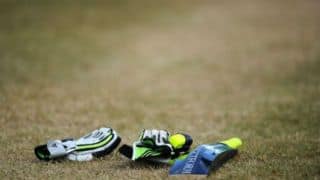 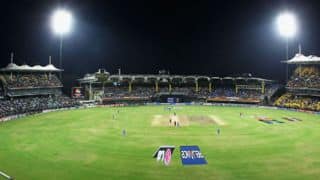