Bengal were bowled out for 267 in their second innings against Railways in the Ranji Trophy.

Bengal have been bowled out for 267 on Day Four of their Ranji Trophy 2013-14 quarter-final against Railways at Kolkata. As they had taken a three-run lead at the end of the first innings, Bengal have left Railways with 271 to get to win and move to the semi-finals.

Starting their innings on Day Three, Anureet Singh rocked Bengal early until Laxmi Ratan Shukla and Wriddhiman Saha rescued them. Shukla essayed a brisk knock and the two batsmen took Bengal to 133 for four at the end of the day.

Early on Day Four, Shukla was dismissed but Saha kept fighting during his 81. Once Saha was out with the score on 214 for seven, things looked difficult for Bengal, but they managed to cross 250 thanks to some late hitting. They were ultimately bowled out for 267. Anureet claimed five wickets. 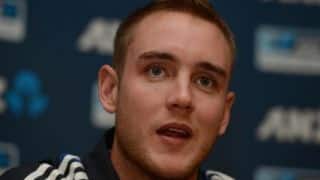 Stuart Broad to be rested in first two ODIs against Australia 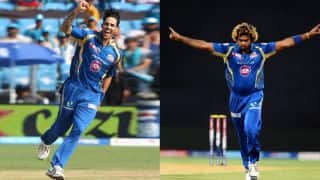