It will be a battle between top-notch batting line-up against a quality seam attack when Maharashtra with the likes of Kedar Jadhav and Vijay Zol take on Laxmi Ratan Shukla-led Bengal in the Ranji Trophy semifinals, starting on Saturday.

Bengal, who have been a surprise package in the national championship, peaked at the right time defeating Uttar Pradesh, Tamil Nadu and Railways in three back-to back matches while Maharashtra recorded an inspirational eight-wicket win against defending champions Mumbai in the Lion’s den at the Wankhede Stadium.

Inswing bowler Sourav Sarkar will try to sort out another heavy scorer Harshad Khadiwale (944) who has scored most of his runs on flat decks. Even Ankit Bawne (492 runs) and Sangram Atitkar (460 runs) have been amongst runs.

It will be the trio of Jadhav, Khadiwale and Zol with a total of 2494 runs this season up against Dinda, Paul and Sarkar, who have shared 69 wickets among them.

Add to it, all-rounder Saurashish Lahiri (249 runs and 20 wickets), who has been a vital cog batting at No 8 and bowling his fastish off-breaks. The pressure is immense on this Bengal team as they have reached the last-four stage for the first time since their back-to-back final appearances in the 2005-06 and 06-07 season.

“We will probably have two changes in our line-up. Subhamoy Das and Writtick Chatterjee will make way for Koushik Ghosh and Sandipan Das. Koushik is a talented batsman from the U-25 squad and Sandipan is a handy all-rounder. His seam-up stuff will be effective on this kind of hard track,” Shukla said on the eve of the match.

Shukla has been team’s top-scorer and biggest match-winner in the absence of Manoj Tiwary as he scored 584 runs and has nine wickets in his kitty. Reserve India Test specialist Wriddhiman Saha also contributed significantly with couple of 80 plus scores against Railways in the quarter-final.

If Bengal happens to win the semis, then Saha, who is in the Test squad for New Zealand tour, in all likelihood will not be playing the final but he will like to end the championship on a high with a great knock.

The Holkar strip is a hard deck where the ball is expected to come onto the bat while the seamers are expected to get substantial amount of help as Dinda found out during his match-winning spell for East Zone in 2012 Duleep Trophy final against Central Zone.

While Maharashtra batsmen have scored most of their runs on featherbeds against the Plate Group attacks (Group C consists of erstwhile Plate Group teams), no one can take away the credit in the manner they chased down a tricky target of 252 against a Mumbai attack that included Zaheer Khan.

Jadhav will like to reassert his supremacy as a domestic stalwart while Zol will like to get another good innings under his belt before he embarks on defending the U-19 World Cup crown in Abu Dhabi.

In coach Surendra Bhave, who was one of the domestic bulwarks for Maharashtra during the 80’s and 90’s, they have a shrewd tactician and a great motivator.

While their batsmen have been more talked about, their bowling led by left-arm seamer Samad Fallah, military medium trundlers like Anupam Sanklecha and Shrikant Mundhe have asked probing questions to opposition batsmen. They have a quality left-arm spinner in former India A player Akshay Darekar who has been their top wicket-taker with 31 scalps. 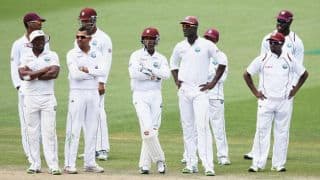 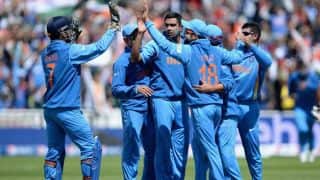 India look to defend No 1 ODI ranking against New Zealand