Bengal may be lying at the bottom of group A, but Ganguly said not all's lost for them.

Boosted by Sourav Ganguly‘s pep talk and the return of Wriddhiman Saha, Bengal will look to bounce back by logging six points against a struggling Jammu and Kashmir (J&K) in their Ranji Trophy cricket Group A match here tomorrow.

The former India captain and Cricket Association of Bengal (CAB) joint secretary, Ganguly, who has returned from his commentary assignment in Australia, gave a peptalk in the dressing room before a close door meeting with the big four of the team — coach Ashok Malhotra, captain Laxmi Ratan Shukla, batsman Manoj Tiwary and pacer Ashok Dinda — in his cabin.

Wicketkeeper batsman Saha is also back from his Australia Test assignment and his return will lend stability to the batting line-up and Shreevats Goswami will play as a specialist batsman.

After playing three matches on green top which resulted in just four points, Bengal are forced to shave off the grass and prepare a turner against a team that has failed to keep their winning momentum after their stunning win against Mumbai in the opening round.

The so-called green top had proved to be little effective as a four-seam Bengal attack struggled to bowl out Tamil Nadu despite following them on on the last day’s proceedings in the last match to fritter away a golden opportunity to log seven points including a bonus point.

Bengal may be lying at the bottom of group A, but Ganguly said not all’s lost for them.

“There’s no need to panic. It’s not easy to log six points every time in a four days’ match. We still can bounce back and move up the ladder,” he said.

Jammu and Kashmir skipper Parvez Rasool, the first cricketer from the state to wear India colours, on the other hand, said they’re excited to play their first match at the hallowed turf of Eden Gardens.

“If we could beat Mumbai in Mumbai then why can’t we do it here. Obviously, it would a special moment to play here and the boys are all excited,” the 25-year-old told reporters.

The ‘minnows’ have come up well since the devastating September floods devastated the region and hampered their preparation as they have beaten a star-studded Delhi (in Vijay Hazare Trophy one-dayers) before stunning 40-time champions Mumbai in the ongoing Ranji Trophy.

But since then, they have lost to Tamil Nadu and in the previous outing they were handed an innings and 30 runs thrashing by defending champions Karnataka as their batting have started looking shaky.

Their leading rungetter Ian Dev Singh and captain Rasool once again play a key role to secure a lead as their batting would be tested on an Eden turner.

The hosts are mulling on a three-spin attack with Dinda as the only full time pacer along with skipper Shukla’s effective slow medium pace bowling.

In case of a three-spin attack, left-arm orthodox spinner Amit Banerjee would make his first-class debut with Saurashish Lahiri and Iresh Saxena.

But with Saxena and Banerjee both being left-arm orthodox spinners, the lack of variety may be a concern for the Shukla and Co. 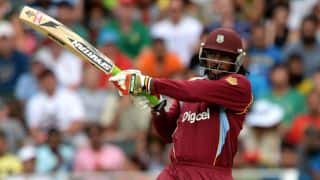 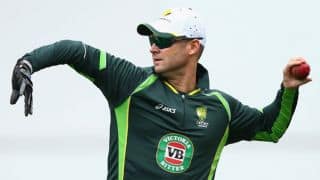