The tournament starts from December 7 and continues till March 12, 2015.

The Board of Control of Cricket in India (BCCI) tournament committee has decided to kick start the current domestic season with the Duleep Trophy starting October 15 while the prestigious Ranji Trophy will start from December 7 and continue till March 12. The Duleep Trophy will be a three-week affair from October 15 to November 3.

The Ranji Trophy will be followed by Irani Cup from March 17-21 while the zonal leg of the National T20 Championship for the Syed Mushtaq Ali Trophy will be held between March 25-28. The final leg will be played from April 1-7.

The Ranni Trophy groupings have also been done with almost all the top teams like defending champions Karnataka, 40-time champions Mumbai, formidable Uttar Pradesh and Tamil Nadu are all clubbed in the same group. Delhi are in a relatively less tough group with notable teams being last year’s runners-up Maharashtra and Punjab. 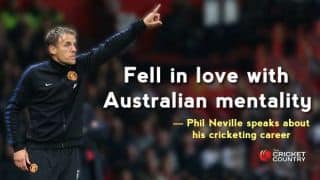