Punjab will play three spinners in the match against Delhi at Patiala.

Harbhajan Singh will lead against Delhi in the crucial Group B match which will be played at Dhruv Pandove Stadium, Patiala. Delhi, with 31 points are the sitting pretty at the top and have already made it to the Ranji Trophy 2014-15 quarter-finals, while for Punjab it will be a game where they would like to give it all.

“It would be a turning wicket and we will be playing three spinners in this match against Delhi. It is a very important match for us and we would try to get six points from this match. Harbhajan Singh is back and will be leading the team in this crucial match,” Mandeep Singh told CricketCountry from Patiala.

Punjab are currently slated at No. 4 in Group B with 19 points behind Delhi, Vidarbha and Maharashtra,but only three teams will qualify from each Group A and Group B to the quarter-finals. In another match Maharashtra will take on Vidarbha at Pune can determine the top three teams in the group. But Punjab would surely look to eye a win against Delhi.

The last outing for Punjab in their home ground in Mohali was a disappointing one as they were crushed with a humiliating six-wicket defeat by Odisha in a match which only lasted for three days. Punjab’s batting line-up was rattled by the swing bowling duo of Basant Mohanty and Deepak Behera.  The first nine batsmen were all dismissed for ugly looking scores but Manpreet Singh Gony, who came in to bat at No. 10 struck a handsome 51 while Sandeep Sharma  chipped in with valuable 35 runs to coast Punjab to 167. The batting woes didn’t stop in the second innings as Punjabmanaged only 141 with Yuvraj Singh coming up with a patient half-century.

Punjab would have to put a lot of thoughts as they will lead into their last league match. Delhi have been impressive this season leaving apart their last outing against Vidarbha, wherein they lost the clash by an innings and 93 runs.

The main problem with the Punjab batting has been their top-order which has so far failed to get runs. “Paaji [ Harbhajan Singh] will think about this,” said Mandeep who has led the side in quite a few matches this season. 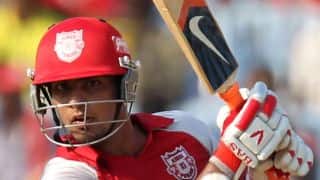 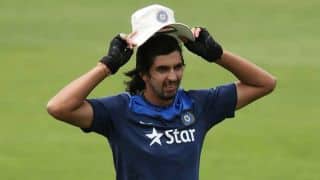