Railways batsmen had no answer the Jalaj Saxena's excellent display of spin bowling.

Gwalior: Spinner Jajaj Saxena added eight more wickets to his first-innings effort for a match haul of a staggering 16 scalps, as Madhya Pradesh registered a convincing nine-wicket victory over Railways in a Ranji Trophy match on Monday. The 29-year-old off-spinner Jalaj returned impressive figures of 8 for 58 to bundle out Railways for 131 in 51.1 overs at the Captain Roop Singh Stadium. Resuming at overnight score of 42 for 1, Railways lost nine wickets for just 89 runs, and had no answer to the questions posed by Jalaj on the third day of the Group B game. Jalaj had picked up 8 for 96 in the first innings, helping his team bowl out Railways for 258 runs. Live Cricket Score Madhya Pradesh vs Railways, Ranji Trophy 2015-16 Group B match Day 3 at Gwalior

Madhya Pradesh rode on Rajat Patidat’s 113 to eke out a narrow 20-run first-innings lead. Jalaj then, once again, spun a web around the Railways batsmen to fashion a comfortable win for the hosts and give them full points. 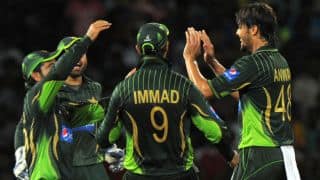 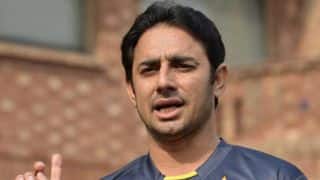