Two big centuries, followed by two half-centuries from Baroda batsmen in the first innings laid the foundation of this high-scoring contest against Gujarat in Ranji Trophy 2016-17. Going by scorecard, it seems like that the pitch-favoured batsmen as Baroda openers Aditya Waghmode scored 142 and Kedar Devdhar made impactful 65. Further, Deepak Hooda also scored hundred and then 66-run knock by Swapnil Singh. Hardik Pandya missed his fifty as got out at 47. Baroda declared their first innings at the score of 544 for eight. Spinner Axar Patel from Gujarat got three wickets from his long spell of 33 overs.

In return, Gujarat did not had good start as but later they recovered with opener Samit Gohel’s 43 run contribution, followed by Bhargav Merai’s 70. Later, Manpreet Juneja emerges as the best batsman of the match by scoring an impressive double ton. He made unbeaten 201 from 334 balls, which includes 21 fours and no sixes. Axar Patel also played a vital role with the bat for Gujarat with his unbeaten 109 from 185 balls. The double ton and a century from Gujarat players helped them take the crucial lead of 10 runs which led them gain three points in their first match of this season. 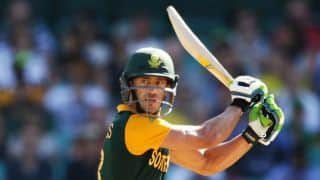 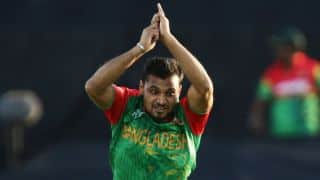