Himachal's skipper, Bipul Sharma, was the stand out performer for his side with 5 scalps to his name and a valiant 86 which enabled Himachal to take three essential points.

In Round 6 of the Ranji Trophy 2016-17, Day Four, Chattisgarh drew their encounter against Himachal with the latter taking three essential points. Getting a lead in the first innings, Himachal gained vital points even if the match could not produce a result. Winning the toss, Chhattisgarh opted to bat but could only muster 238 in the first innings. Himachal were able to take a 76-run lead courtesy three fifties from their batting order. Chhattisgarh ended the match for 314 runs in the second innings before umpires called the match off for a draw. ALSO READ: Hyderabad thrash Services by 10 wickets

Himachal’s skipper, Bipul Sharma, was the stand out performer with 5 scalps to his name and a valiant 86 which enabled Himachal to take three essential points under their kitty. He grabbed three wickets in the first innings to restrict Chhattisgrah for 238, courtesy a fifty from Amandeep Khare. Himachal gained more from the bat scoring over 300 with steady knocks from Bipul, Prashant Chopra and Sumeet Verma.

Coming into bat in their second innings, Chhattisgarh passed a tricky passage of play as Himachal looked to tighten their screws but Abhimanyu Chauhan’s gritty century compiled his team to end the match in a draw. Chhattisgarh declared at 309 for 9, having a lead of 233 runs on board. 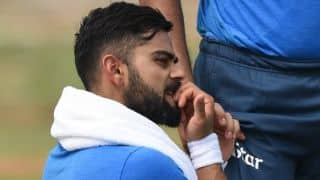 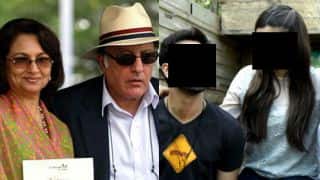