Samiullah Beigh claimed a fifer while Aamir Aziz, Umar Nazir had three and two wickets to their name respectively. In reply, Jammu & Kashmir fell short by 128 runs in the first innings. Parvez Rasool played well and came out fighting with the bat as he smashed 92 to help his side post 242. Chattisgarh made the most of their lead and added 264 more runs to it in the second innings and set a target of 393 for Jammu & Kashmir to chase. Khare continued his good form and smacked a century in the second innings as well. Manoj Singh also played an important knock of 85.

The target was huge to be hunted down and Jammu & Kashmir suffered an early blow but their batsmen did well to save the day. At the end of day s play on the final day, they were 243 for the loss of 7 wickets as Ruikar and Mandal shared six wickets between them. Shubham Khajuria scored 78 runs at the top while Prana Gupta contributed with 65 runs in the middle. Rasool impressed with his 66 off 62 deliveries and simultaneously broke the shackles. 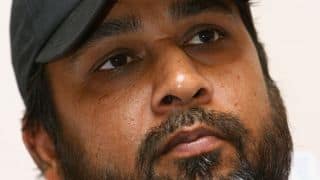 Inzamam-ul-Haq urges Pakistan to be more positive against Australia Ranji Trophy 2016-17, Round 9, match report: Hyderabad hold on to a draw against Andhra, qualify for quarter-finals