While Mumbai will aim to get a huge first innings total unlike in the quarter-final against Hyderabad, Tamil Nadu will look to clear two more hurdles to end a 28-season drought of Ranji titles.

Defending champions Mumbai’s quest for their 42nd Ranji Trophy title will go through a stern test when they take on Tamil Nadu in the semi-final of Ranji Trophy 2016-17, starting at the Saurashtra Cricket Association (SCA) Stadium, Rajkot on Sunday. For the high-profile knockout clash, Mumbai have called up 17-year old Prithvi Shaw to their squad after dropping an out-of-form Kevin Almeida, who failed to make an impression in the only match he played this season, scoring 9 and 1 while opening the innings. He also spilled a catch, fielding at slips, in Hyderabad’s second innings. Shaw, who was part of the India U-19 squad that won the Youth Asia Cup in Sri Lanka earlier this month, scored 191 runs in five matches, including a highest score of 89.

Going into Sunday’s clash, Mumbai will aim to get a huge first innings total unlike in the quarter-final against Hyderabad which they won by 30 runs in Raipur. With the opening duo failing to fire in both the innings against Hyderabad, Mumbai will hope that at least two batsmen in their middle order Shreyas Iyer, Suryakumar Yadav, skipper Aditya Tare and Siddesh Lad reach the three-figure mark. Seasoned all-rounder Abhishek Nayar inspired the lower order batsmen with a fine half century before impressing with the cherry, to finish the quarter-final tie with figures of 9 for 100.

On the other hand, Tamil Nadu will look to avenge their Ranji opener’s narrow two-wicket loss to Mumbai when they take the field on Sunday. The team’s batting has revolved around Kaushik Gandhi (726 runs at 60.50), Abhinav Mukund (689 at 62.63) and India discard Dinesh Karthik (664 at 60.36), while Baba Indrajith and Vijay Shankar have also impressed. Tamil Nadu banked on an impressive show from their bowling department, specially the pacers Aswin Crist, Krishnamoorthy Vignesh and Thangarasu Natarajan to thrash Karnataka by seven wickets in the quarter-final. The trio have picked up 94 wickets among them. Tamil Nadu still need to clear two more hurdles to end a 28-season drought of Ranji titles. 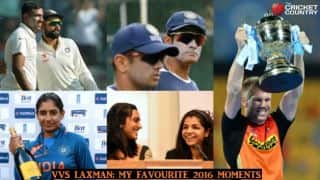 VVS Laxman: My most memorable 2016 moments 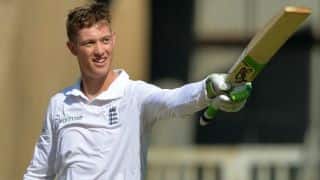