Subramaniam Badrinath was keen to take up the role of mentor for his home state Tamil Nadu, but with the Hyderabad offer on hand, he took up the role out of deliberation.

Subramaniam Badrinath, who has head Vidarbha for two seasons in Ranji Trophy, is all set to don new role as captain of Hyderabad in the forthcoming season. Badrinath is currently the skipper for Karaikudi Kaalai in TNPL. The Hyderabad Ranji Team has not been at its best for many years now. Being the leader of the side, his duty will be to deliver the best. Badrinath was keen to take up the role of mentor for his home state Tamil Nadu, but with the Hyderabad offer on hand, he took up the role out of deliberation. He will also be mentoring the young members of the side as Hyderabad team has decided to form young team as well. ALSO READ: Ranji Trophy 2016-17 to begin from October 6

Badrinath spoke to Times of India and said, “Yes, it’ll be pretty challenging and I am game for it. I was doing the same job for Vidarbha and am glad they made it to the knockouts of the Ranji Trophy and also reached quarters in ODIs and T20s. It was a big learning experience for me and I’m ready to take up this challenge. I agree that it is never easy to form a winning combination overnight. The entire process needs methodical planning and that has to be executed properly. I’ve certain plans in mind and I’m confident that I’ll have a great time with the Hyderabad team.”

On missing out his opportunity to coach Tamil Nadu and take up Hyderabad offer, Badrinath said, “First of all, travelling from Hyderabad to Chennai will be easier than it was from Nagpur. I initially thought of coming back to Chennai and play for Tamil Nadu. But since we’ll be playing only away matches due to neutral venue concept, I considered Hyderabad as a better option for me as it offers fresh challenges.” ALSO READ: Ranji Trophy 2016-17: Points Table

He is excited to mentor the younger Hyderabad team and added, “That’s what I’ve been told by the HCA. I’ll be working with coach Bharath Arun, who I’ve known for years, and that makes my job comfortable. We still have some time left and I’m sure everything will fall into place once I take charge of the team. I’ll have a detailed discussion with my coach once the TNPL gets over and prepare a future plan along with him.” 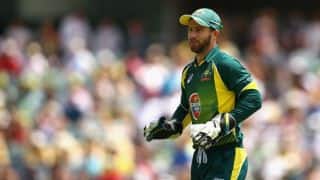 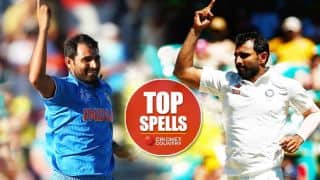