Writtick Chatterjee remained unbeaten on Day Four with a double-century to dent Gujarat.

Gujarat’s title-defence is approaching its end in Ranji Trophy 2017-18. Resuming at 177 for 1, with a lead of 130 runs, Bengal buried Gujarat’s hopes stretching the lead to 613. Abhimanyu Easwaran struck back-to-back centuries, before Writtick Chatterjee smashed Gujarat’s bowlers to pulp with a double-hundred.

Easwaran started afresh batting in the late nineties. He slammed a century before falling for 114. Nonetheless, Bengal continued to stitch big stands frustrating Gujarat’s pace spearheads, Chintan Gaja and Ishwar Chaudhary. Jasprit Bumrah’s absence was felt to the core. Manoj Tiwary started off slowly but gave vital company to Chatterjee. On the other hand, Chatterjee accelerated and grew in confidence post hundred. The 166-run stand finally ended with Chaudhary removing the Bengal skipper.

Shreevats Goswami followed Tiwary’s tactics. The plan must have been to shatter Gujarat’s hopes courtesy a mammoth lead. Chatterjee was given solid assisstance, surging his strike rate to around 60. The penultimate day ended with Bengal placed at 483 for 4, lead by 613 runs.

While Bengal are certainly ahead in the semi-final race, one wonders why haven’t they declared yet? Having defending champions, Gujarat, on their knees with a lead of over 400, Bengal could have gone for the kill in the final session.

Nonetheless, one must not forget Gujarat’s ability to chase. Last edition, they had won the championship chasing 313. On the contrary, they were on the losing side defending 379 in 2016-17 Irani Cup.

Expect Bengal to declare overnight. They will bank upon Ashok Dinda and Ishan Porel to rattle Gujarat and march their way ahead into the last 4. 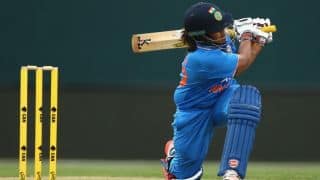 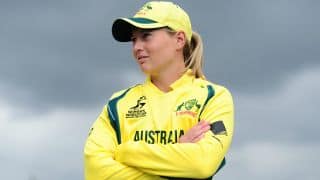