Gujarat's lower order have a task in hand to come close to Bengal's 354.

Bengal and Gujarat’s second day’s play proved to be an intense battle between bat and ball. Bengal resumed at 261 for 6, eyeing anything over 350. They achieved the target courtesy Aamir Gani’s 49. Gujarat were left frustrated and were reduced to 17 for 2 in no time. Nonetheless, their fightback was led by gritty knocks from Bhargav Merai and Parthiv Patel (47). However, the last session changed the complexion of the match with Boddupalli Amit striking thrice.

Earlier in the day, Amit and Gani added 52 runs to the overnight score. While Bengal lost their last 4 wickets adding just 41 runs, they went past 350. In reply, Priyank Panchal fell early. Parthiv and Merai were on course and took the attack to the opposition. However, the skipper perished before fifty. He fell against the run of play after hitting 7 fours. Merai fell prey under pressure with Manprit Juneja and Chirag Gandhi following suit.

Amit’s medium pace stood out whereas Bengal’s in-form bowler Ashok Dinda got a wicket. Rujul Bhatt and Piyush Chawla negated the end overs, but have a humongous task ahead to come close to Bengal’s score. 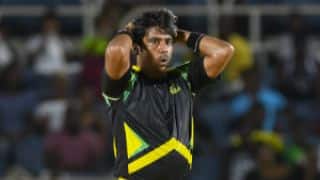 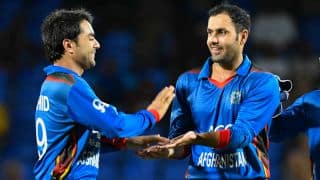