It took Kerala over 40 years to reach their first-ever knockouts in Ranji Trophy.

It took Kerala over 40 years to reach their first-ever knockouts in Ranji Trophy. Having surpassed that obstacle, they would like to believe that their journey has just commenced. They are up against one of the title contenders, Vidarbha, and will have to be on their toes from ball one. It promises to be a mouth-watering contest as Kerala are coming from an evenly-contested Group B. On the other hand, Vidarbha have dictated terms to reach the last 8. Let us analyse how both teams are placed ahead of the quarter-final:

Vidarbha’s quarterfinals ticket was made possible thanks to a batting-heavy lineup and the ability to churn out vital first-innings lead. Skipper Faiz Fazal and Wasim Jaffer form a deadly opening pair, and the duo have been in ominous form. In addition, Sanjay Ramaswamy and Ganesh Satish have added to the run-scoring. The only slot which remains uncertain is No. 4. Nonetheless, their batsmen know the art of converting starts into daddy hundreds, and that should keep them afloat.

In the bowling department, their spin trio of Akshay Wakhare, Aditya Sarwate and Akshay Karnewar share 61 wickets among themselves. Their pace battery haven’t been under the pump, and they could be taken by surprise in the unpredictable and ever-challenging knockouts. Fazal also mentioned about their slip catching as a bit of concern. Vidarbha will like to eradicate that going forward.

Kerala will be a nervous bunch. They, however, have faced few hurdles in an intensely-closed group stages. This may hold them in good stride entering their maiden quarterfinal clash. They have shown enough character to fight the odds and will be determined to move a step ahead.

Kerala’s road to the quarters has been possible largely to the Jalaj Saxena. Jalaj is the leading wicket-taker with 38 scalps in 6 matches. In addition, he has also scored 482 runs at 60.25. In the batting arsenal, Sanju Samson has led charge; including one-of-the-best-knocks of the edition against Saurashtra (180-ball 175).

Kerala’s area of concern can be an under-cooked pace battery. Basil Thampi and Sandeep Warrior have impressed, but the former has featured in only limited matches. This adds pressure on Warrior. In the spin department, Dav Whatmore instilled faith on the inexperience duo of KC Akshay and Sijomon Joseph. Their temperament would be put to test once again in a knockout. In short, they would be required to perform as a unit, and not be dependent on 3-4 players.

“He read the pitch right in just about every game,” Fazal said. “Pitch-reading is not easy and many people get it wrong, but he’s very good and taught me a lot about how to read pitches. He’s a very intelligent coach and is completely involved when it comes to planning. Wasim [Jaffer] bhai, too, has been brilliant when it comes to figuring out the right field positions right and how to pick up wickets. When you watch people like this, you understand why Mumbai has been so successful in the Ranji Trophy”, stated Faiz Fazal on Vidarbha’s coach, Chandrakant Pandit.

“We had no option but to play an aggressive brand of cricket. The format sure did have a hand in the way we approached our game. There’s not been any scope for negativity within this group. All of them have pulled together as a group, irrespective of who is in the XI and who isn’t. Because of that, there are no insecurities. Everyone knows their role in this side”, the experienced Dav Whatmore spoke about Kerala’s campaign so far. 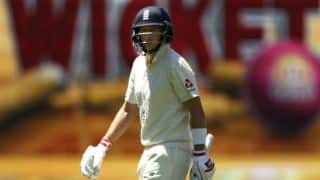