Dav Whatmore, the Kerala coach, spoke about the team s journey to the quarter-final of Ranji Trophy 2017-18. Whatmore has coached Sri Lanka, Bangladesh, Pakistan and Zimbabwe national cricket team before coaching Kerala. Under his guidance, the team has now reached the quarter-finals for the first time.

In 2016-17 Ranji season, Kerala had won a mere one of their nine matches. Dav Whatmore opens up on his experience with the team in an interview with mykhel.com.

“This feat means a lot to the team because they have been playing for a long time and the reward came this season. Of course, this is a first in their history so I can see the enjoyment in the boys. I can see the excitement and a sense of achievement in them. I share all of it and it’s their moment and happy to be a part of their journey.”

In December 2014, Whatmore was appointed as a head coach of Zimbabwe national team. Zimbabwe performed poorly in the 2016 ICC World Twenty20. It resulted in Whatmore’s sacking.

“The main difference is that there is an in season and off season with a state team. You know what the competition is. In the lead up to the four-day tournament, you know when it is finishing, the dates of knockout and then you can prepare for the white ball stuff. Whereas in international cricket, you have three different formats in one series and players come and go, you change the personnel in a short period of time. Here, it’s all about in season, off season and you are not mixing it up too much.”

‘Sanju is a very special talent’

“I don’t think I have done anything differently and I just did what I do normally. Sanju is a very special talent. We need players like that to be more consistent. If you are that special talent like Sanju and consistent, then you are going to put more pressure on the opposition. That’s what happened with Sanju this season.”

“He was able to manage his expectation, he was able to manage his preparation and he has been working hard on a lot of things and I have to tell you that he deserves a lot of credit. I have been trying to create the right environment for everybody and give them the opportunity to come out and perform. They don’t need to fear that after one failure they will get (laughs) bambooed. They may still get it but the at the right time.”

Dav Whatmore, who has been coaching international teams since 1990s, took over the role of coaching Kerala this year.

‘Every job has its own challenges, unique in its own way’

“Every job has its own challenges, unique in its own way. I have been with the Sri Ramachandra University in Chennai and we came together for an international cricket academy – a wonderful facility. JK Mahendra was instrumental in this move happening months ago. “And along with him, Ramesh Subramaniam, who has been with the Sri Ramachandra University Center of Sports Science, and the Kerala Cricket Association, was the common factor. The kids (at the academy) was back in the school and I thought it was a bit nice to retain my coaching touch through a state team and that’s how it happened.”

Kerala team, who finished second in Group B, would be playing their first quarter final-match on December 7.

‘We will approach this game just like any other’

“We will approach this game just like any other and will prepare just as we did in the past. The boys have got some time off and they are enjoying themselves with their families. Now, they report on December 3 (Sunday) and we have three days of practice and a game and yes, I don’t see we are doing anything different in this match as well.” 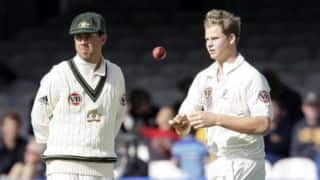 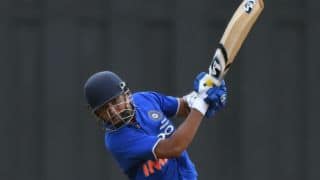