Rajpoot claimed three wickets in two overs late on day one at Green Park to pull things back for Uttar Pradesh.

In search of their fourth straight win of the 2018-19 Ranji Trophy, Rajasthan were kept to 221/5 on day one of their Elite Group C round four match against hosts Uttar Pradesh in Kanpur.

At one stage it looked as if Rajasthan would get more runs on the board, but the dismissals of Arun Gautam for 93 amid a collapse of three wickets for five runs to pace bowler Ankit Rajpoot at the end of the day changed that.

Dented by the early dismissals of Chetan Bist (13) and Manender Singh (0), Rajasthan were lifted by a century partnership between the opener Gautam and Robin Bist who was force to retire hurt on 68. Gautam moved to within seven runs of his fifth first-class hundred in the company of his captain Mahipal Lomror, who was bowled by Rajpoot for 36 in the 81st over.

Rajpoot then bowled Gautam for 93 first ball of his next over and added Tarjinder Singh for 0 two deliveries later. Rajesh Bishnoi (2*) has his hands full on Thursday. 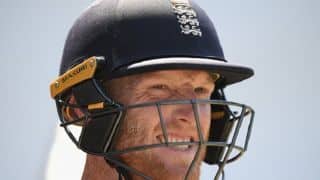 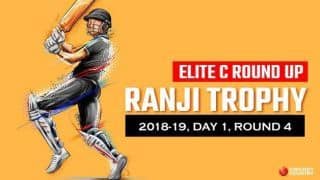