Manipur beat Arunachal Pradesh by 112 runs inside two days in the seventh round of their Ranji Trophy match on Sunday. Chasing 273, Arunachal folded for 160 with No. 11 batsman Deendyal giving Manipur a late scare by hitting a half-century.

Arunachal’s second innings was taking a similar path as their first dig that saw them being shot out for a mere 66. They were tottering at 86/9, hurtling towards a big defeat before the Deendyal and Licha Tehi showed some courage to give their team a faint hope of a win.

From the low of beig folded for double-digit total, the duo took them to 160 with a fighting 74-run stand for the 10th wicket. But Thokchom Kishan poured cold water on their chances when he bowled Deendyal for 52.

Earlier, Manipur were bowled out for 253 in their second innings on Sunday having secured a slim 19-run lead on a manic opening day in Kolkata that saw 23 wickets falling in 85.3 overs.

Resuming on their overnight total of 192/3, Manipur lost Priyojit Singh (24) after the addition of just 16 runs. And when opener Hrithik Kanojia fell on 91, it was all but clear how much vital his partnership with veteran Yashpal Singh on the first day was.

Manipur lost their final seven wickets for just 62 runs. Licha Tehi and Techi Doria claimed three wickets each while Deendyal and Techi Neri chipped with a couple of wickets each.

Arunachal must have been hoping for a much better performance with the bat in the chase taking a cue from their opponents but that wasn’t to be the case. Barring four of their batsmen, rest managed scores in single digits. 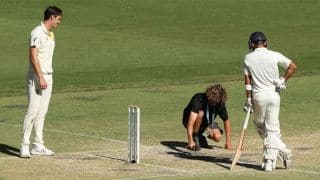 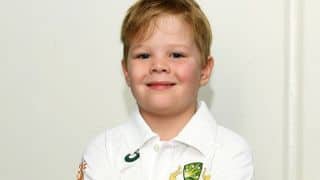