Bihar claimed full points from their final league game of the Ranji Trophy 2018-19 season claiming a tense three-wicket win over Manipur at Moin-ul-Haq Stadium, Patna on Wednesday, to finish with 40 points in Plate group, missing out on qualification to the knockouts.

Uttarakhand topped the group with 44 points to move to the quarterfinals from the group.

In reply, Bihar struggled to chase down the modest total finding themselves tottering at 43/5 at one stage. However, opener Mangal Mahrour (53) led a solid fightback with the help of the tail Kundan Gupta (12), Vikash Ranjan (39) and Aman (22*) to lead his team to victory. 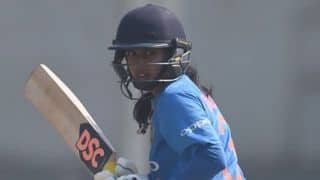 When you have to put someone down, you’ll find ways to do it: Mithali Raj