The four-day game will be played from December 30 at the Vidarbha Cricket Association Stadium at Jamtha, Nagpur.

Key pacers Shardul Thakur and Tushar Deshpande, who were out due to injuries, have made a comeback to the Mumbai squad for their Ranji Trophy tie against regaining champions Vidarbha.

The four-day game will be played from December 30 at the Vidarbha Cricket Association Stadium at Jamtha, Nagpur.

In October this year, Thakur had sustained a groin injury on his Test debut against West Indies at Hyderabad after bowling just 10 balls.

Since then, the right-arm pacer is out of action.

Deshpande has also been out of action for a month.

The Ajit Agarkar-led selection panel has named the two pacers in the 15-member squad announced by the Mumbai Cricket Association on its website on Thursday.

Mumbai are currently in the 14th spot in the combined Groups A and B standings with 11 points in their kitty.

Vidarbha are comfortably positioned in the third spot with 21 points.

Mumbai need an outright win to stay in contention for the quarter-final berth.

If they fail to win, the 41-time Ranji champions will be virtually out of contention. 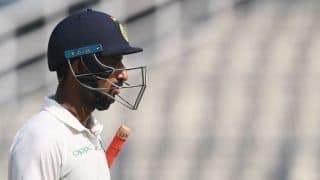 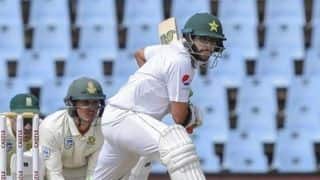