Tamil Nadu will take on Bengal in a crucial Ranji Trophy Elite Group 'B' match at the M A Chidambaram stadium beginning here Wednesday, with both teams eyeing their first win of the season.

Tamil Nadu will take on Bengal in a crucial Ranji Trophy Elite Group ‘B’ match at the M A Chidambaram stadium beginning here Wednesday, with both teams eyeing their first win of the season.

The Baba Indrajith-led team has five points from three matches, all affected by the vagaries of the weather and will hope for a full game.

The Tamil Nadu batsmen have been among the runs but the bowlers have found the going tough. The first innings could not be completed in two matches (against Madhya Pradesh and Hyderabad) and they managed to secure the lead and three points against Andhra.

Experienced southpaw Abhinav Mukund has been among the runs along with N Jagadeesan, while the skipper himself has been in middling form.

Back on home territory, Tamil Nadu will be aiming for a win and full points against Bengal (on 6 points), which is coming off a chastening defeat against Kerala, the group topper, in its previous game.

Speaking ahead of the match, Indrajith said the team was taking it one game at a time and added that there would be opportunities to push for an outright win.

“We are taking it one game at a time. I have told my boys to treat it as an away match. Just because it happens to be a home game, we can’t hope to go for an outright win.

“Only three matches have been played so far and five more are remaining. I feel two outright wins can help us qualify.

Opportunities will come to push for an outright win,”he added.

He also it is good that pacers K Vignesh and T Natarajan, who had been out injured, are playing together again.

Indrajith said the wicket looked dry adding “we dont expect the ball to turn big from day one.”

He said considering the fact that the Bengal line-up has four left-handers in the top six, there was a possibility of making Aparajith and Kaushik Gandhi bowl more overs of their off-spin.

Tamil Nadu has retained the squad that played the previous match against Andhra. There were expectations that Dinesh Karthik and M S Washington Sundar, who were part of the national T20 team in Australia, would be included,but they are expected to return on Wednesday and hence not picked.

Bengal has a loss and two draws to show so far and will be looking to bounce back after being blown away by Kerala at the Eden Gardens.

However, captain Manoj Tiwary said the mood in the camp was good despite the defeats and added it is about executing the plans.

“Despite losing, the mood in the camp is good. It’s all about executing our plans and strategies on field. It is important for other batsmen to step up and contribute. Due to batting failure, we failed to qualify for the knock-out stages of the Vijay Hazare,” he added.

He said there were no injury worries, but the team would miss the services of Mohammed Shami and Abhimanyu Easwaran.

“We have no injury concerns but we will be without Mohammed Shami and Abhimanyu Easwran. We will miss the duo’s services. Abhimanyu was giving us a good start and he is technically sound,” he added.

Tiwary also hailed former India batsman J Arun Lal’s contribution as a mentor as he brought in a lot of positivity.

“He encourages us to play freely and without any inhibitions. He was upset with how we played against Kerala.

He is passing on his years of wisdom to the younger lot,” he added. 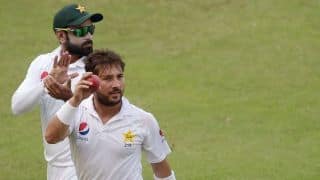