Ranji Trophy Final, Mumbai vs Madhya Pradesh: A Prize Money Of ₹ 1 lakh, A Round Of Applause, And That Is

Cricket in India straddles two different worlds. The distance is great, and with immense money coming into franchise cricket, who's to blame the first-class cricketers if they dump it all to focus on that alone? After all, the money is there, if not the recognition.

The date of June 26, 2022, will be significant for Madhya Pradesh. On this Sunday, the team that was definitely underrated against the domestic cricket giants Mumbai, pulled off their first-ever outright win over their rivals to claim their maiden Ranji Trophy title. A special day too for coach Chandrakant Pandit, who, as captain of Madhya Pradesh, had been denied by Karnataka in the 1998-99 season. One could say MP cricket completed the full circle on Sunday. The exultation of the MP side was evident as they lifted the revered trophy, the biggest thing in Indian domestic cricket. As significant as the tears of Sarfaraz Khan from the rival camp, who cried after scoring yet another century in the season.

Sarfaraz’s record for this Ranji season is phenomenal. By some permutation, the Mumbai middle-order batter finds himself only second to Don Bradman in terms of average after 25 first-class matches. Even without this comparison, 900-plus runs in two separate Ranji Trophy seasons is something worth noting.

But the question is, who is noting? Sarfaraz Khan, after his effort was named Player of the Season, but exactly what is that worth? Will he make it to India’s Test team in a hurry? With 982 runs at an average of 122.75 and four centuries and two fifties from nine innings, what else is expected?

His tears could be understandable. It is not easy for a player to keep plugging on season after season and still be away from the big prize of senior India whites. Not an easy place to get to, sure, but what does one do other option does a player have?

A prize money of rupees one lakh, a round of applause, and that is it. Cut to the next season as the focus, in a few hours, will shift to other things.

Forget about the money part. The Man of the Match gets Rs. 25,000 from a board that likely has more money than the coffers of a few small nations. Rs 2 crore for the winners, 1 crore for the runners-up and Rs 50 lakh for the semi-finalists. And that is after the prizes were hiked.

The real prize for a cricketer however is recognition at the highest level, and somehow, we can’t quite visualise any of this MP team walking into the Indian squad. Or the likes of Sarfaraz Khan, for that matter.

Cricket in India straddles two different worlds. The distance is great, and with immense money coming into franchise cricket, who’s to blame the first-class cricketers if they dump it all to focus on that alone? After all, the money is there, if not the recognition.

Or maybe that is all there will be, since the immense investments will mean a longer season of franchise cricket. The immediate casualty will be domestic first-class cricket. Just a matter of time. 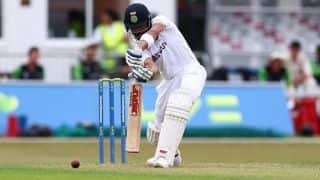