Going back to attractiveness today was by far the match's best day watch-ability wise. May be thee element of contest had evaporated which allowed Dinesh Karthik to play without any inhibition and entertain to his every bit the Sunday crowd. It made up for all the dryness the first three days were filled up with. 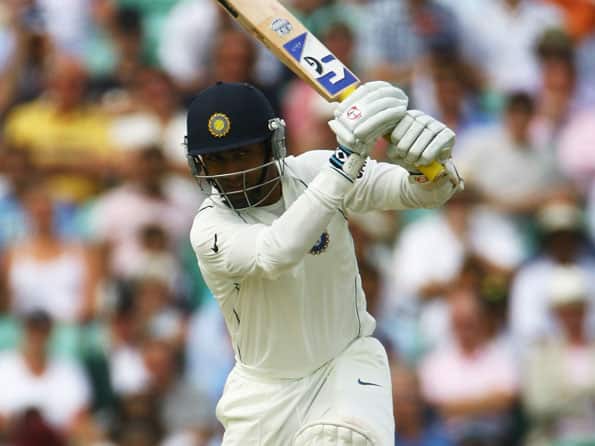 Tamil Nadu in pursuit of 521 was bowled out for 295 late on Day 4 and with it defending champions Rajasthan have retained the title. But officially another 90 overs of pointless cricket remains to be played on Day 5 at M.A. Chidambaram stadium before the ceremonies are ordered for. If a decimal of the brain is dedicated to the theory of optimum utility it means that nearly 40% of the effort put in by the players in the final of the country’s premier first class cricket tournament will go into the bins. It will be the 18th instance in 78 Ranji finals that the winner will be decided based on first innings lead. Apart from taking away an element of ownership from the depth of the title holders it also portrays the country’s arrangement to win a trophy defensively when sport is the purest platform for the display of aggression.

The moment Tamil Nadu was all out the eyes of the crowd searched for Hrishikesh Kanitkar and an indication of a follow on signal to the opposing skipper in an attempt to go for an outright win but by then Aakash Chopra and Vineet Saxena had skipped the regulatory celebrations and were seen rushing to the dressing room to pad up. With that dried up all the expectations of business out of cricket before stumps are called for one final time tomorrow evening.

Kanitkar had a chance to show the critics that even with unhurried batting on a slow wicket a victory is attainable if the bowling is persistent. But as the captain of the victorious side he controls the rights to exercise his choices. If he thought that the bowlers deserved to put their feet up with pride in the dressing room then it needs to be considered as the right call. Do not mistake this piece to be a criticism against Rajasthan. It is just a wishful thinking.

For a moment did not he imagine how he would like the moment of truth to arrive? Is cricket all about job well done and not about setting up a celebratory tone in front of a tolerant crowd who put all their interests outside cricket at stake and kept walking through the turnstile for four days to experience an attractive contest? It is definitely not a captain’s prerogative but still like him the crowd too is made up of human.

But then Kanitkar is one of the shrewdest operators in Indian cricket. He knows how and where to draw the line and for that he deserves no burden of expectations. He has been carrying enough of it ever since he picked up a small bat in the alley adjacent to his house. Today in the confines of his suite in Taj Coromandel he can look into the mirrors and cry his heart out. What he has achieved has the potential to make Rajasthan the new super market of Indian cricket. He is now one of those rare Ranji Trophy captains outside Mumbai to have two back to back titles mentioned against his name.

Going back to attractiveness today was by far the match’s best day watch-ability wise. May be thee element of contest had evaporated which allowed Dinesh Karthik to play without any inhibition and entertain to his every bit the Sunday crowd. It made up for all the dryness the first three days were filled up with.

As the strokes of Karthik and Ramaswamy Prasanna continuously penetrated through the close in field into the vastness of the outfield the thoughts of them putting up a fight and giving respectability to the score card emerged. Some went beyond the boundary rope and some fetched two but that is when pressure decided to throw another funny instance from its cupboard like many other times it has done in cricket. Karthik’s gentle push to mid on was followed by call for a run but Prasanna instead of showing alertness had allowed his eyes to follow the ball’s direction. By the time communication could resume between the two of them a mid-pitch collision had occurred. Though Karthik managed to find safety Prasanna’s dive could not save him his wicket. It can be argued that Karthik should not have run but similarly questionable is Prasanna’s basics at that point of time. That was it then.

After that Karthik continued as if nothing had occurred. Every stroke had elegance written on it. The sweet sound the ball generated after hitting the bat was for the first time that the crowd got to hear so consistently in four days. With so much activity happening in the middle there was merriment all round and just like that he reached his 100.Then he crossed his second 150 plus score in as many outings in a Ranji Trophy final. The innings was a pleasure till it lasted but it was bound to be momentary and soon the timber got dislodged from the earth’s surface.

He walked back to a standing ovation and with him the crowd too departed. A few stayed back till the innings ended to see if the local boys Abhinav Mukund and Murali Vijay would have a hit but it was not to be so they decided to catch the 3.45pm train to Vellachery from the Chepauk station. Play ended at 5pm.

Tomorrow’s fear is that with only notions to be undergone there might not be an insight on the game to be shared with the readers. Cricket will question the writer’s ability yet again. But tomorrow is a new day and shall be tackled when it arrives.