Defending champions Rajasthan are in a commanding position against hosts Tamil Nadu, at the end of third day's play of the Ranji Trophy final, on Saturday. 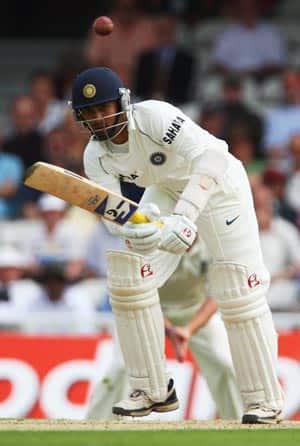 Defending champions Rajasthan are in a commanding position against hosts Tamil Nadu, at the end of third day’s play of the Ranji Trophy final, on Saturday.

Rajasthan scored a mammoth 621 in 245 overs in their first innings and then reduced Tamil Nadu to 66 for three at close of play. K Vasudevadas (25 batting) and Dinesh Karthik (13 batting) added 42 runs for the unbroken fourth wicket stand after hosts were tottering at 24 for three.

With two days left, Tamil Nadu are still 555 runs behind Rajasthan’s first innings score but the magic figure for the hosts will certainly be 521.

With Rajasthan scoring their 621 runs at an average of 2.53 runs per over, Tamil Nadu can still win the trophy if they don’t get all out.

As of now, they require to score the runs at a rate of 2.54 runs per over which means 521 runs in 205 overs. Another 455 runs in the remaining 180 overs and not losing more than six wickets will seal the issue for Laxmipathy Balaji and Co.

Resuming at 404 for two, it was veteran opener Vineet Saxena (257) and young Robin Bist (57, 159 balls, 9×4) who again continued in sedate fashion taking the score to 485 before the latter played a Sunny Gupta (3/127) delivery straight to K Vasudevadas at square leg.

Saxena’s 907-minute marathon vigil finally ended, when he tried to play a backfoot drive off left-arm spinner Raju Aushik Srinivas and was bowled in the process. His innings was the third longest in history of first-class cricket.