It’s still three months before the Ranji Trophy 2018-19 season gets underway but Bengal have suffered a major setback as they are set to miss out on the services of Sudip Chatterjee. Railways, who employ the Bengal batsman, have refused to issue a No Objection Certificate (NOC) for the latest season.

The Railways have called Sudip and Anushtup Majumdar for their pre-season camp that begins from August 29 at the Karnail Singh Stadium in New Delhi.

“Railways have the first right on these sportspersons,” Railways Sports Promotion Board (RSPB) secretary Rekha Yadav was quoted as saying by the PTI on Saturday. “Sudip is a valuable player for the Railways. This year, he and Anushtup will have to report to the camp and play for the Railways.”

“It’s simple. If they don’t report for the camp, they will not get NOC to play for any other state. In any case, it was the BCCI technical committee chaired by Sourav Ganguly which issued a diktat that only employees can play. We are giving them job security and in return we can expect them to play for Railways,” Yadav said.

On the question of whether they will reconsider the NOC if Cricket Association of Bengal (CAB) president Sourav Ganguly intervenes, Yadav said, “I have huge respect for Mr Ganguly. I am very sure he understands that I am bound by rules so I don’t think he would make any such request. As RSPB secretary, it is my duty to ensure that Railways field the best team and that’s what has been my endeavour.” 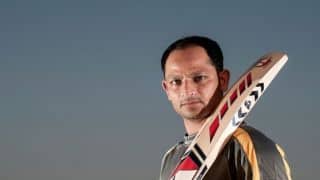 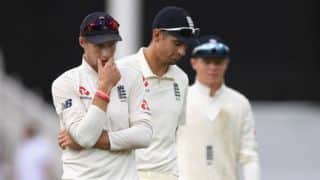