Afghanistan had defeated West Indies (eventual winners) in the group match of the T20 World Cup in 2016. 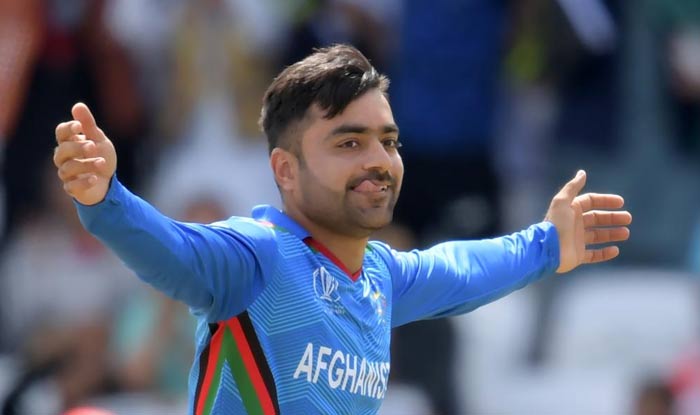 Afghanistan captain Rashid Khan believes his team has the talent and skills in all departments of the game to win cricket’s biggest prize in the shortest format – T20 World Cup. Rashid feels the confidence needed to pull off the dream of winning the World Cup will come with more games played against the top international sides.

The 21-year-old Rashid, who has no qualms in admitting that they ‘didn’t know’ what they were doing in their maiden Test, which ended in a two-day thrashing. “I think the biggest achievement (for Afghanistan) should be, right now, what the team is looking for, what the country is expecting is, to win the T20 World Cup,” Khan, the country’s biggest cricketer, told Ravichandran Ashwin in his show – DRS with Ash.

“We have all the skills, talent, and we just need to have that belief in ourselves that we can do it. Talent-wise we are so good, we have the spinners, we have the fast bowlers, we have the batting skills as well,” Rashid added.

“But what took us down in that Test (against India) was our experience against big teams, because we didn’t play enough cricket with them.”

A little more than two years ago, in their first-ever Test outing, India beat Afghanistan by an innings and 262 runs at the Chinnaswamy Stadium in Bengaluru. .

Afghanistan became part of the ICC 16 years ago, produced some fine wins in limited-overs cricket, and won two of the four-Test matches they have played so far. One of the Test wins came against a far more experienced Bangladesh team.

Recalling their maiden Test match, the Afghanistan captain said, “The biggest dream of the whole country was to be called a Full Member team and to play a Test game. “When we were playing against you guys in our first Test game, we didn’t know what we were doing.

“It wasn’t the best game for us, but there were so many things we learned.”

He said the country needs to play more against bigger teams to become better. “The moment we play more series with them, we can become a better team.

“We are very famous for T20 players, but inshallah, that is a dream of mine and a dream of the country that one day we will win the T20 title and that will be the biggest achievement for Afghanistan cricket and for us as well,” Khan said. 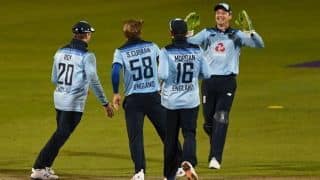