Rashid was the joint-highest wicket-taker along with Dwayne Bravo in 2018 BBL.

BBL 2018 champions Adelaide Strikers have retained the core of their winning unit in the form of Rashid Khan and Billy Stanlake for the upcoming seasons. Rashid has extended his contract with Strikers until BBL 9 while Stanlake would remain with the team until BBL 10. Rashid took BBL by storm claiming 18 wickets while Stanlake scalped 11 wickets. Rashid was the joint-highest wicket-taker along with Dwayne Bravo in 2018 BBL.

Rashid also recently became the youngest cricketer to claim the No. 1 spot in the T20Is. Meanwhile, Michael Neser and Ben Laughlin have also been retained by Strikers for next two years. South Africa s Colin Ingram will also stay with the Strikers for upcoming season.

However, Sydney Sixers received a massive blow as Melbourne Stars have lured Nic Maddinson for three years. Maddinson has played with Sixers for seven years. He was the core of Sixers batting line-up. He had scored 291 runs at 32.33 in BBL 2018.

Maddinson on leaving Sixers told cricket.com.au, I have very much enjoyed my time at the Sydney Sixers over the last several years and am very grateful for the opportunities they have given me. While it was a very difficult decision to leave, I now look forward to taking on new challenges at the Melbourne Stars.

He is, nevertheless, excited to play for Stars under helm of Stephen Fleming, I have some good friends in the Stars squad and I’ve heard great things about the culture that Stephen Fleming, the coaching staff and the leadership team has created. My focus will be on helping the Melbourne Stars win the BBL. 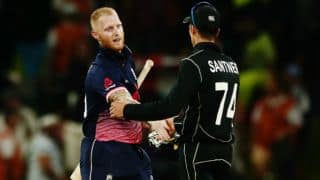